It's time once again for the annual "Jefferson Awards". This prestigious award honors outstanding volunteers throughout communities across America. Your Hometown Lima Stations, United Way of Greater Lima, The Lima News and Husky Lima Refinery work cooperatively to bring the Jefferson Awards to Lima / Allen County and its contiguous counties. Click on the link below to download a nomination form today! Make sure to fill it out and return it to The United Way, located on South Collett Street. You can submit nominations online at the link below, or send the form to the following address. 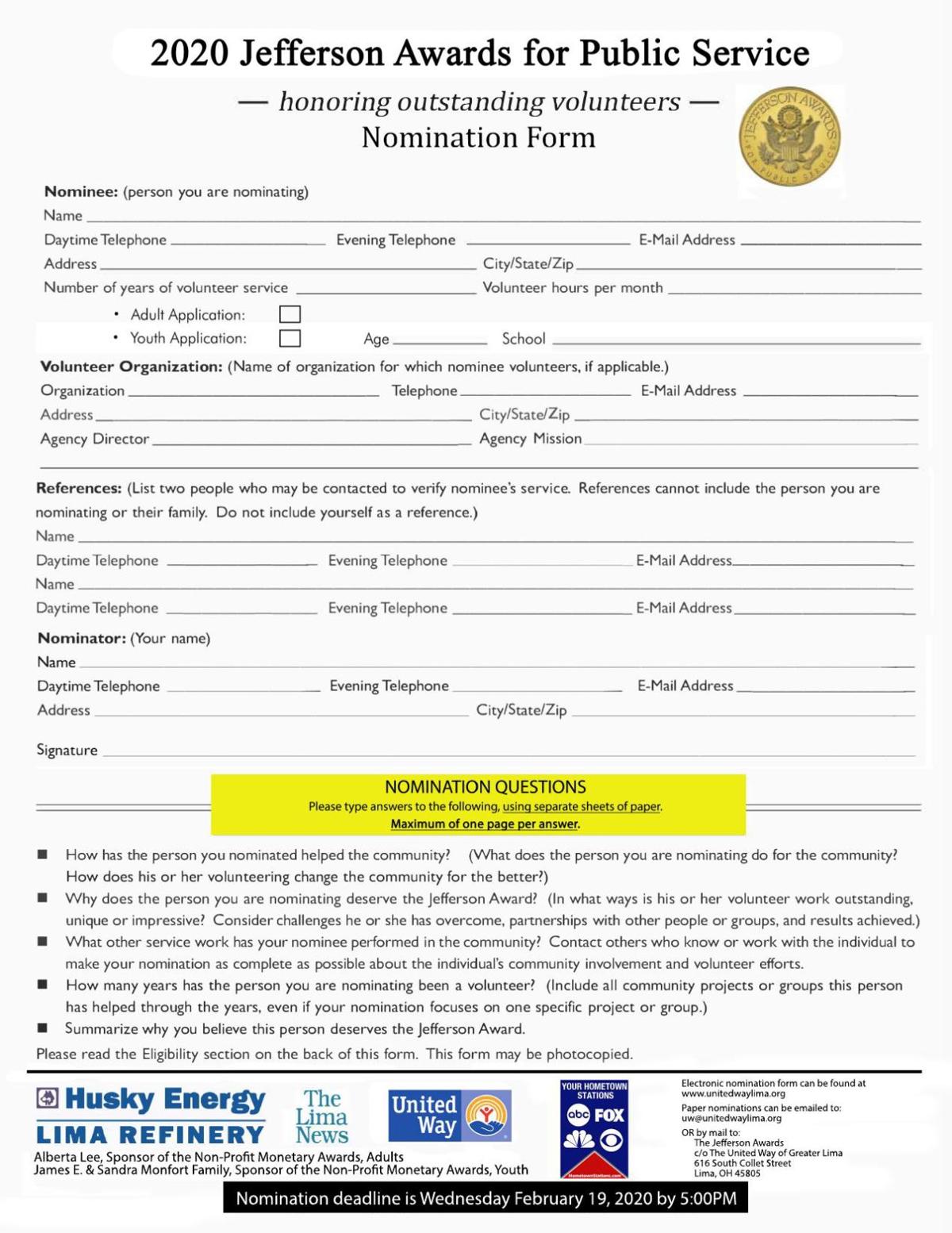 The American Institute for Public Service, now known as the Jefferson Awards for Public Service, was founded in 1972 by Jacqueline Kennedy Onassis, Senator Robert Taft, Jr. and Sam Beard to establish a national recognition for, and encouragement of, outstanding community and public service.

Across America, hundreds of media affiliates sponsor the Jefferson Awards. Through these local Jefferson Award Programs, over 14,000 nominations are received year after year.

• Individuals are not eligible for cash awards.

• Cash awards must be made payable to qualifying non-profit organizations registered with the Ohio Secretary of State or be a political subdivision of the state as described in 107 (c)(1), such as a public school or government agency. If theorganization for which the winner volunteers is not eligible for a cash award, another qualifying agency may be selected.

• Top twelve winners are eligible for re-nomination 5 years after their original nomination.

• Volunteer service may be performed on work-release time or for student course credit.

If you have questions contact: Derek Stemen, President and CEO, United Way of Greater Lima