One person was injured during a Tuesday afternoon stabbing incident at Findlay's City Mission.

Findlay police say it happened just after 4 p.m. with officers receiving a report of a fight in progress at the mission on West Main Cross Street. They arrived to find a 51-year-old female inside with multiple stab wounds. A suspect, 21-year-old Mary Jo Gavigan, who was staying at the mission, was taken into custody outside of the building.

Police learned the assault began as a verbal argument before a knife was pulled. Gavigan was arrested on felonious assault charges. Police say the victim's injuries did not appear life threatening. 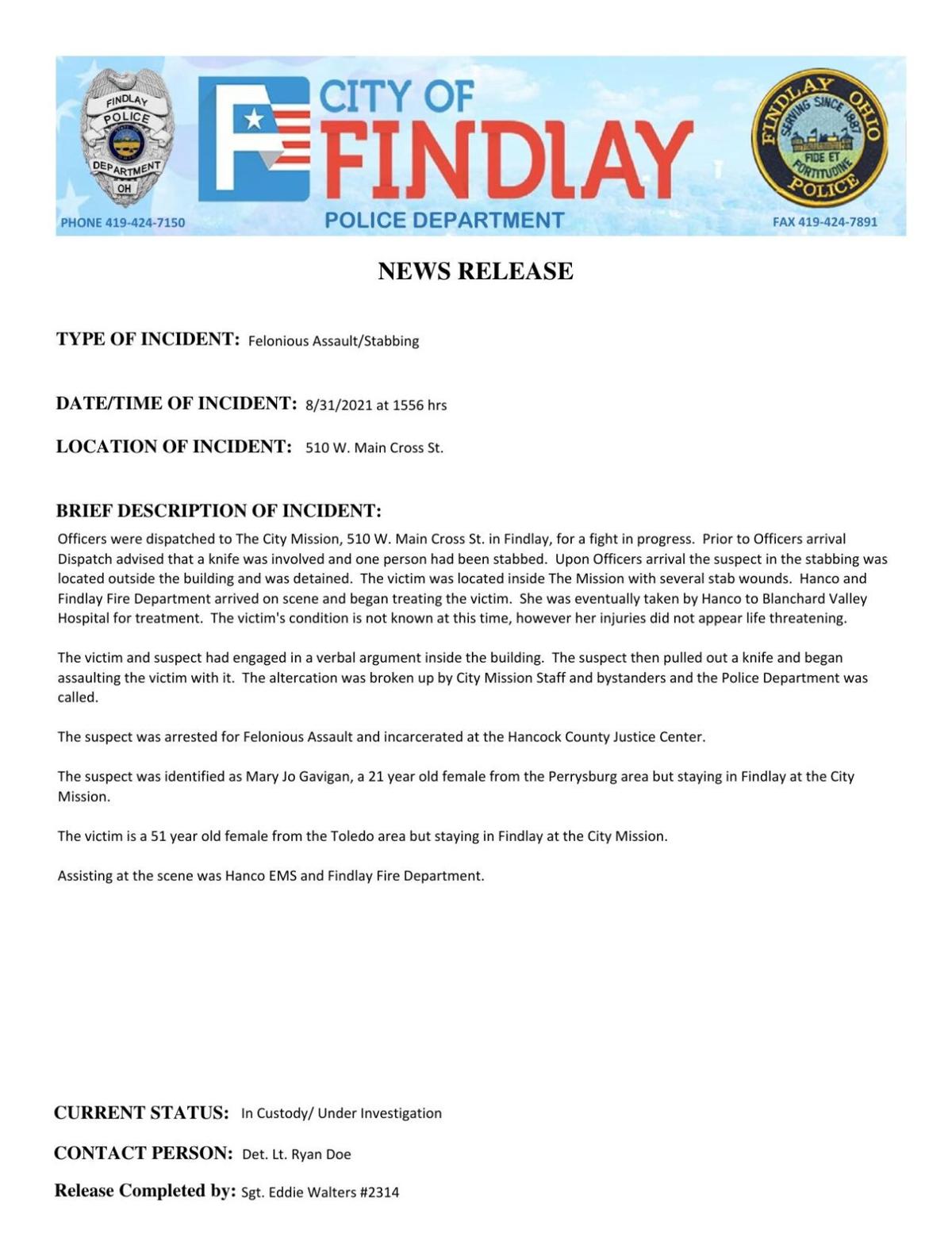