A Findlay Walmart store had to be evacuated Monday, following a bomb threat.

Findlay police say the Walmart at 1161 Trenton Avenue received a call after 4 p.m. Monday afternoon claiming someone was inside the store with a bomb. But the caller gave no other information. A manager at the store contacted the police, who then helped to evacuate the store. A search of the store didn't turn up anything suspicious. 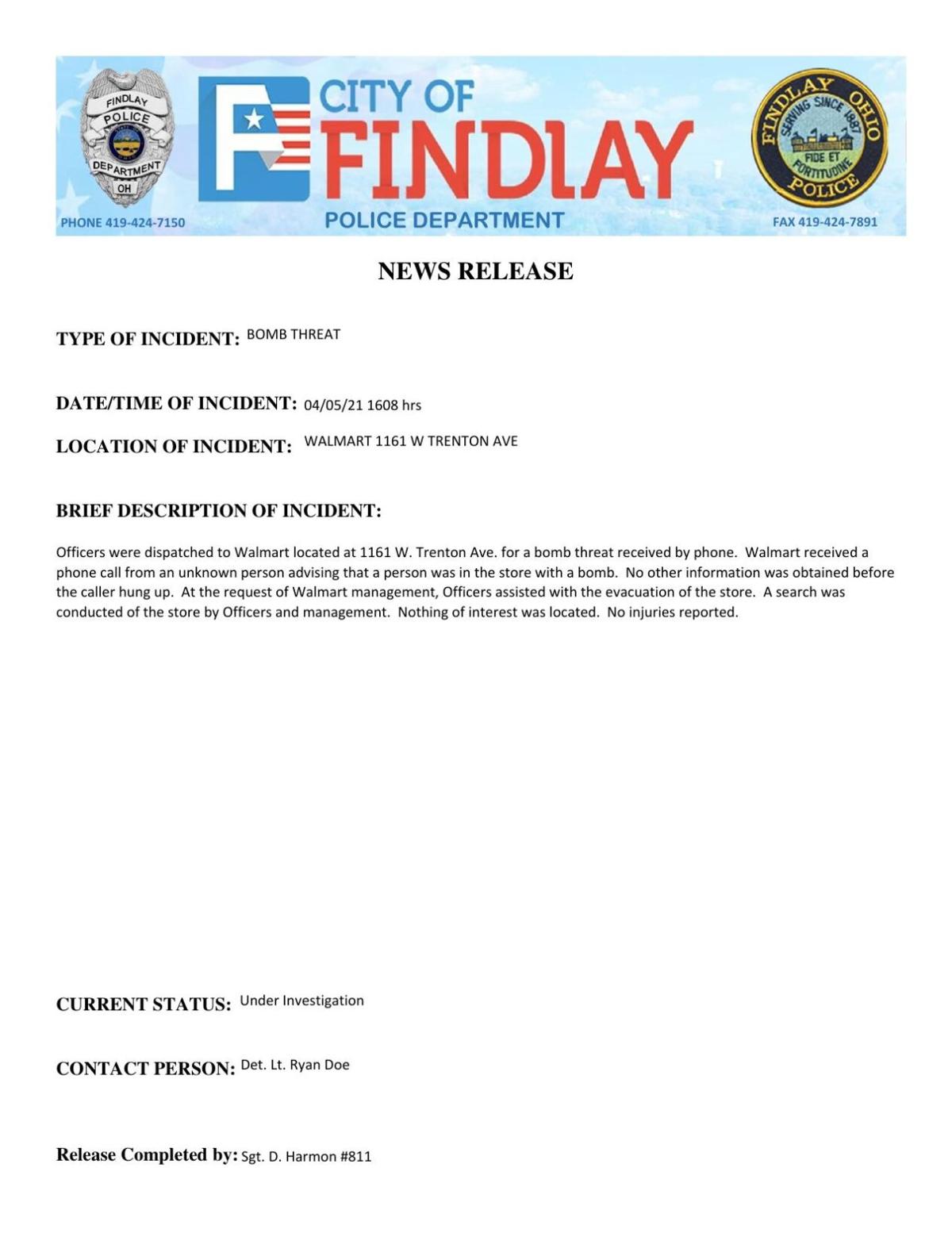