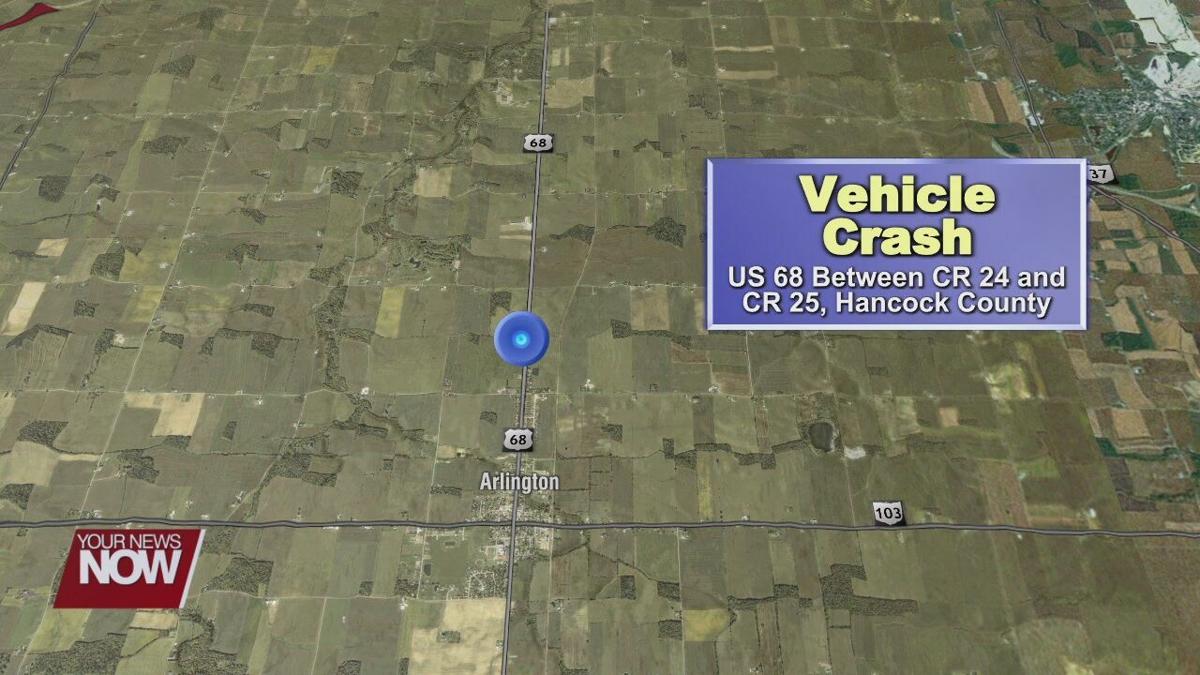 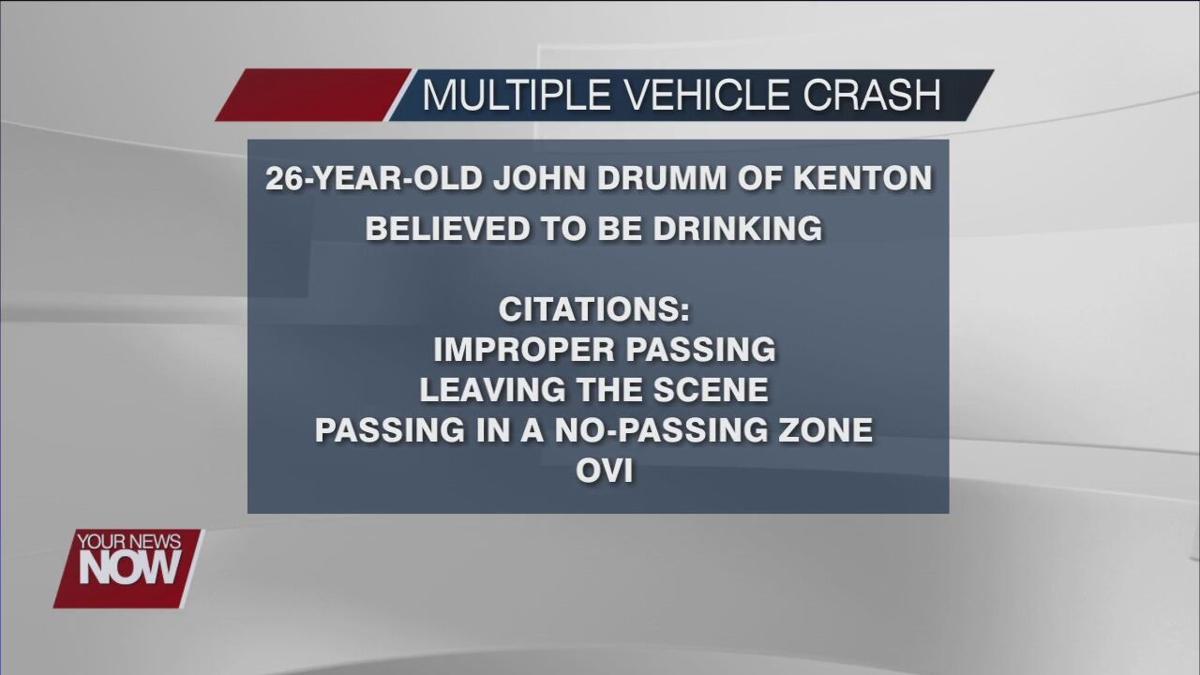 Alcohol may be the reason behind a man causing two separate crashes which damaged five vehicles in Hancock County.

The Hancock County Sheriff's Office says they got a call about the crash around 10 a.m. Thursday morning. The sheriff's office says it started when a woman driving an SUV on U.S. 68 was hit by a Kia Soul as she tried to turn into a business. Deputies identified the Kia Soul's driver as 26-year-old John Drumm of Kenton. They say when the crash happened, Drumm sped away from the scene in his car.

Drumm was taken to the hospital for his injuries. The sheriff's office doesn't believe he was wearing a seat belt. Drumm was cited for improper passing, leaving the scene, passing in a no-passing zone, and OVI.

Press Release from Hancock County Sheriff's Office: On September 2, 2021, at 1009 hours, the Sheriff’s Office received a report of a multiple vehicle injury crash on North Main Street, near Wardwell Street in the Village of Arlington.

Through investigation, it was learned that Ashley L Winters (age 27) of Findlay Ohio, was traveling south on US 68 in 2021 Chevrolet Blazer between CR 24 and CR 25. Ashley attempted to turn into a business and was struck by a vehicle that had attempted to pass her. The driver of this vehicle was later identified as John R Drumm (age 26) of Kenton, Ohio. John was also traveling south on US 68 in a 2011 Kia Soul. Once the vehicle’s crashed John fled the scene at a high rate of speed southbound on US 68.

John was transported to Blanchard Valley Hospital by Appleseed Joint Ambulance District for injuries sustained from the crash.

Alcohol is believed to be a contributing factor in the crash and John is not believed to of been wearing a seat belt.

Also assisting at the scene were R & A Towing and Ed’s Towing, and the Arlington Fire Department.