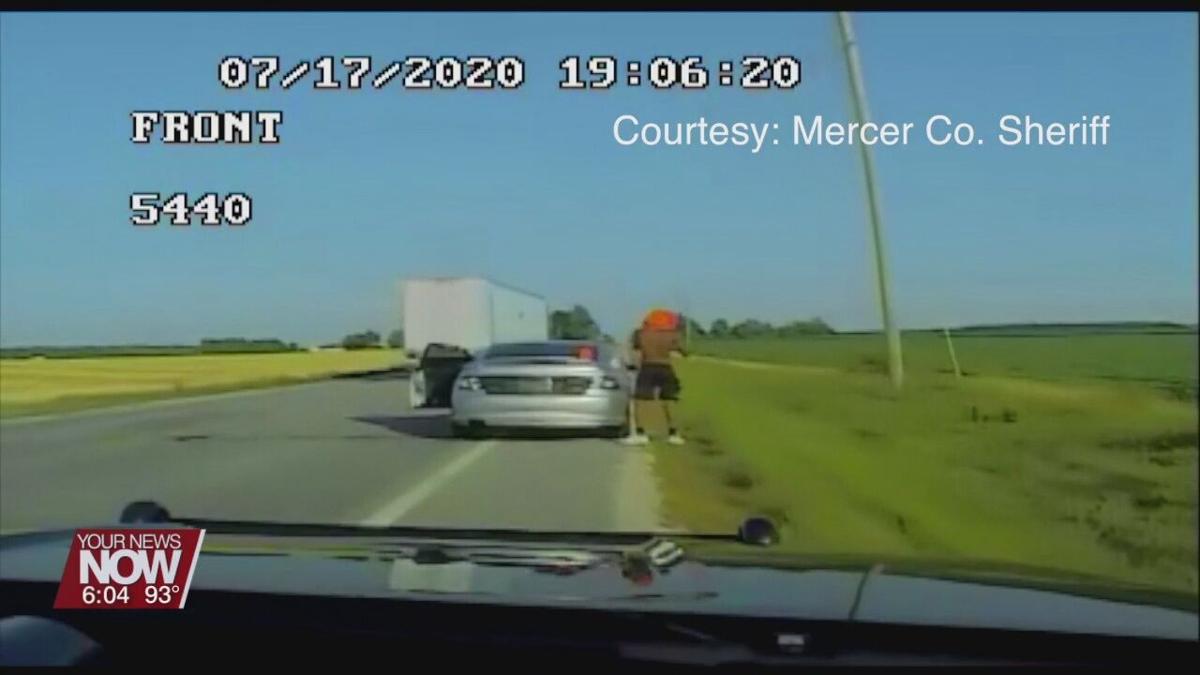 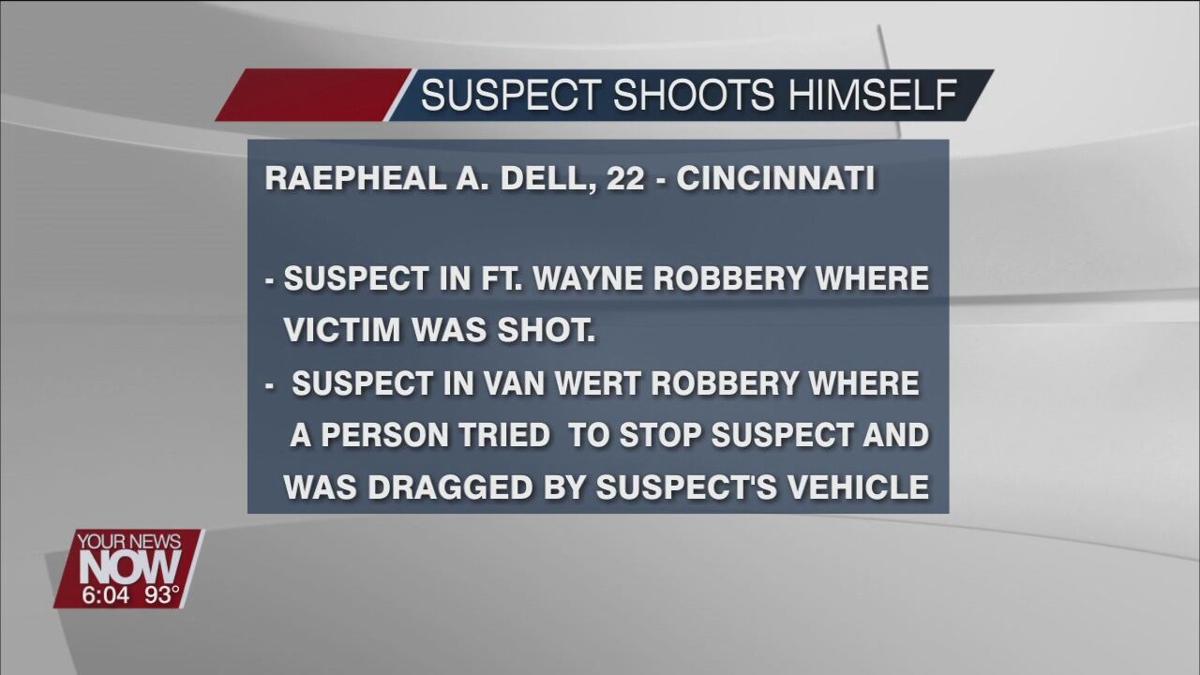 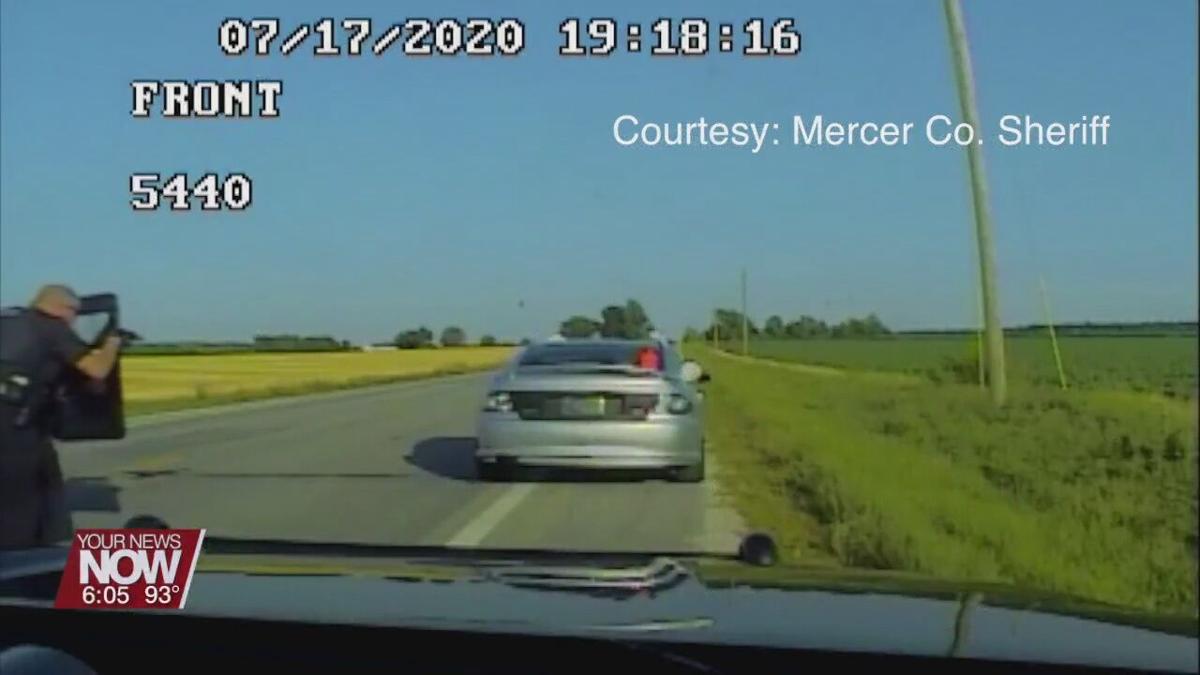 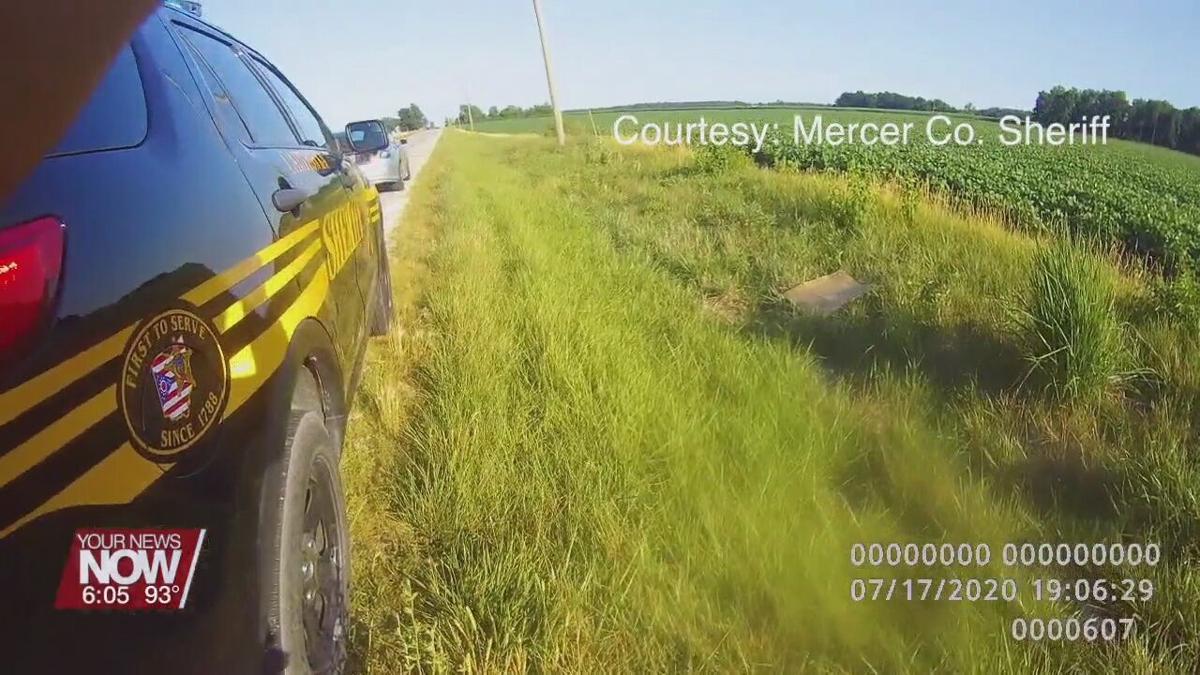 The Mercer County Sheriff's Office is investigating the death of a Cincinnati man that was a suspect in robberies in Van Wert County and Indiana.

The sheriff's office says that Raepheal Dell, 22 died of an apparent self-inflicted gunshot wound. Dell was a suspect in a robbery in Fort Wayne where the victim was shot, also one in Van Wert County was a person who was dragged by a car when the suspect fled. A phone was taken in the second robbery and law enforcement got were able to track the phone to the St. Marys area. Friday night, a deputy saw Dell at the side of the road at the intersection of US 33 and Kuck Road putting gas in his vehicle. Deputies ordered him to stop and Dell ignored him and got in the vehicle, then a gunshot rang out from inside the car. When back up arrived, the deputies approached the vehicle and discovered he was dead. During the investigation, they found out that others had confrontations with Dell after he ran out of gas and the sheriff's office is looking talk to them to find out what happened leading up to his death. The case is still being investigated.

Celina, OH - Mercer County Sheriff, Jeff Grey reports that his office is investigating the death of 22-year-old Raepheal A. Dell of Cincinnati, Ohio.

Late Friday afternoon the Mercer County Sheriff’s Office received an alert from Indiana law enforcement and Van Wert, OH law enforcement for a male suspect who was suspected in violent crimes in Indiana and Van Wert County. Dell was the suspect in a burglary/robbery in Fort Wayne, where the victim of the robbery was shot. Dell also was as a suspect in a second robbery in Van Wert County, Ohio. During the escape from this robbery, a person, who attempted to stop his escape, was drug by the car as the suspect fled.

Mercer County Deputies were advised that Dell was possibly in the Saint Mary’s area due to a cell phone ping. The pinged cell phone had been stolen during the Van Wert County robbery. Deputies began checking the east side of Mercer County. At 5:06 PM Deputy Spencer Heinl found Dell, fitting the description of the suspect, on US Route 33 at the intersection of Kuck Road. Dell was using a gas can to put gas into the car on the eastbound side of the roadway. As Heinl pulled behind the car and turned on his roof lights, Dell saw him and walked from the passenger side of his the vehicle to the driver’s side. He ignored Deputy Heinl’s commands to stop. Dell then entered the vehicle. Within seconds of entering the vehicle, Deputy Heinl heard a gunshot and retreated to the rear of the patrol vehicle and radioed for assistance. As Deputy Heinl waited for assistance, he continued yelling commands at Dell, but there was no response. After 8 minutes, backup units started to arrive. Once back up from Celina & St. Mary’s Police Departments arrived, Deputy Heinl and officers, approached the vehicle behind a bullet-resistant shield. Dell was located inside the vehicle deceased from an apparent self-inflicted AK 47 shot to his head.

Grey advised Mercer County Sheriff’s detectives were called to the scene to investigate. The investigation revealed that Dell was released from the Kosciusko County, Indiana Jail earlier in the day. The car Dell was driving was stolen from Kosciusko County. Dell apparently ran out of gas at US 33 and Kuck Road. According to witnesses, a pick-up truck stopped and Dell tried to enter the truck, so the truck left the scene. The truck’s occupants have not been identified, but detectives would like to speak with them if they can be located. A short time after the truck left, another vehicle stopped. Dell got into this vehicle and it went to TSC in St. Mary’s where a female entered TSC alone. She was visibly upset and purchased a one-gallon gas can. That vehicle then went to the Shell station in St. Mary’s and purchased fuel. This female has not been identified, but detectives would like to speak to her if she can be located and identified. The occupants of the truck and the female who picked up Dell are not suspected of any wrongdoing, the Mercer County Sheriff’s Office is just trying to be as thorough as possible in determining the events that led up to Dell taking his life.

After consultation with Mercer County Coroner, Dr. Tim Heinrichs, Dell was transported to the Montgomery County Coroner’s Office for an autopsy. The Cincinnati Division of Police assisted in notifying the next of kin of Mr. Dell.