An Ohio State Highway Patrol vehicle from the Wapakoneta Post was hit on U.S. 33 in Mercer County Monday night, injuring the trooper inside.

Trooper R. LaMarr was on the side of the highway with his lights on, finishing up a traffic stop when a car drifted off the right side of the road and hit the back of the patrol car. Both drivers were taken to Joint Township Hospital. Trooper LaMarr was treated and released. The driver of the car is still in the hospital as of Tuesday morning. The post reports that drug impairment is suspected in the crash which is still being investigated. 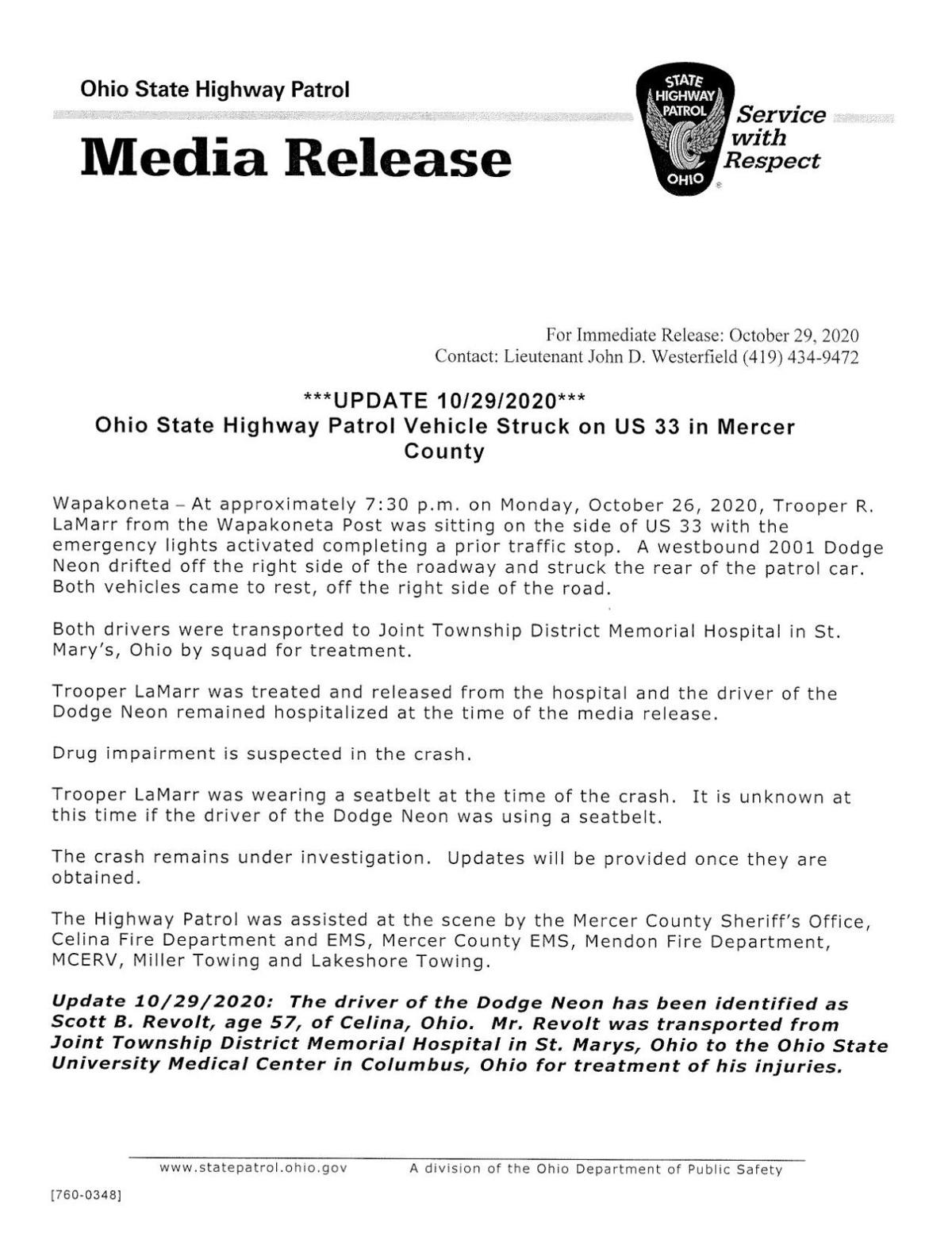