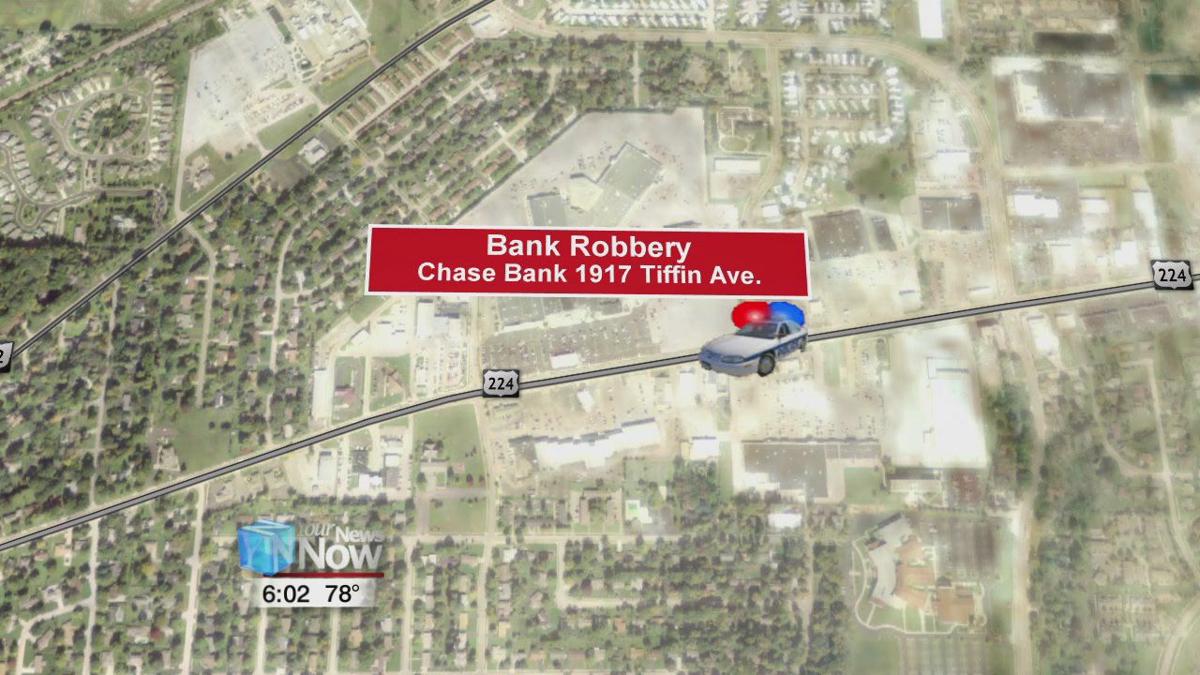 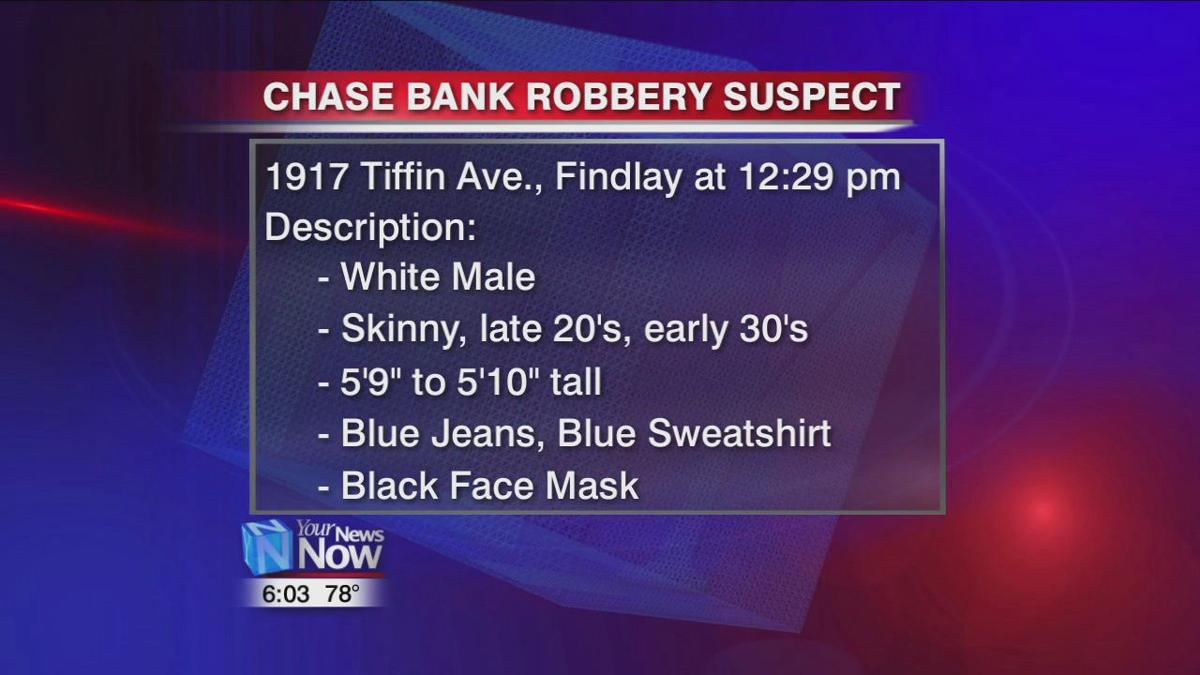 The Findlay Police Department is looking for a man that robbed a bank Saturday afternoon.

Officers responded to the Chase Bank on Tiffin Avenue around 12:30 pm.  They say a white male, in his late twenties or early thirties, had a handgun and demanded money from the teller.  He left on foot with an undisclosed amount of money.  Officers canvassed the area and were unable to locate the suspect.  No one was injured during the incident.

At the time of the Robbery, the suspect was wearing blue jean, blue hooded sweatshirt and a black face mask. They say he was skinny and around 5'10" tall.  The incident is still under investigation.

Officers responded to the Chase bank located at 1917 Tiffin Ave. reference an armed robbery. Officers arrived on scene and met with bank employees. A skinny white male in his mid to late twenties or early thirties wearing blue jeans, blue hooded sweatshirt, and blackface mask entered the bank. The male displayed a handgun and demanded money. The teller turned over an undisclosed amount of money to the suspect. The suspect was last seen running southwest from the bank through the parking lots. The suspect was reported to be between 5 foot 9 inches and 5 foot ten inches tall.  No other descriptors were given. Officers canvassed the area and were unable to locate the suspect. There were no injuries reported.