Three people were arrested following a drug raid in Findlay this evening(11/7/19). The Hancock County Metrich Drug Task Force, along with Findlay police, executing a search warrant at 2123 Candlewick Drive in Findlay.  They recovered cocaine, crack cocaine, heroin, drug paraphernalia and a large sum of cash, all likely connected to drug trafficking. As a result of the search, 49-year-old Alexjandro Williams, was arrested and charged with possession of cocaine, and tampering with evidence. 44-year-old Jason Crampton, of that address, was arrested for possession of cocaine and heroin. And 34-year-old Marisa Brown of Findlay was arrested on possession of crack cocaine. Additional charges are expected in the case. 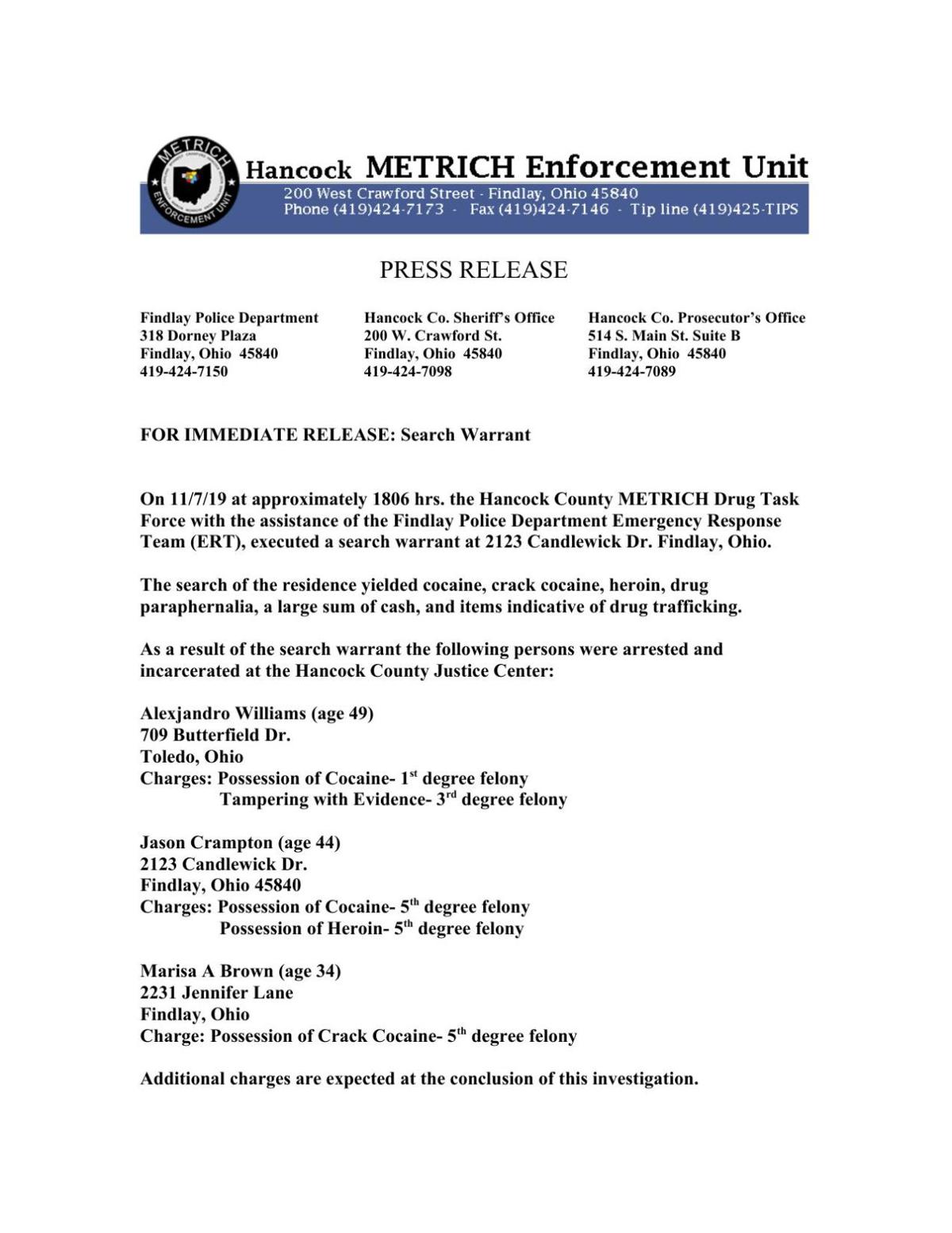