Two people were taken into custody Tuesday afternoon for an attempted robbery at a Findlay Walmart.

The Findlay Police Department was dispatched to the Walmart on Trenton Avenue around 3:30 p.m. on Tuesday. The suspect, Mitchell Folk of Lima, tried to take two televisions out of the auto maintenance entrance without paying. He assaulted a female employee who confronted him and then fled the scene on foot. He was later found at the Shell Party Mart and taken into custody. His female accomplice, Jennifer Davis of Lima, was found at the store and also taken into custody. The female employee who was assaulted received minor injuries. The televisions were returned to Walmart. 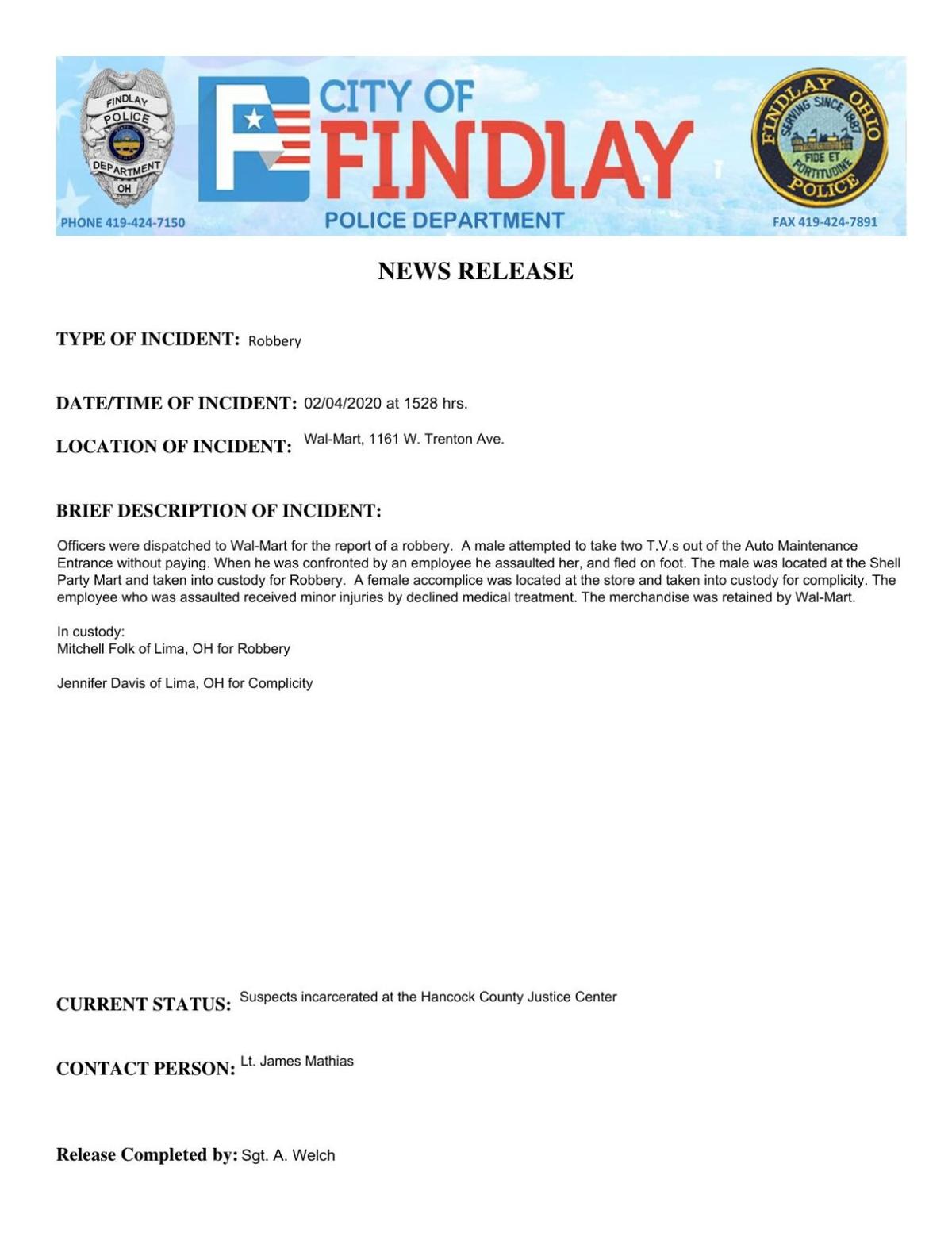