The driver of the semi was taken to the Saint Mary’s Hospital, with non-life threatening injuries. The driver and the passenger of the SUV were flown to a Fort Wayne Hospital in serious condition. The crash is still under investigation. 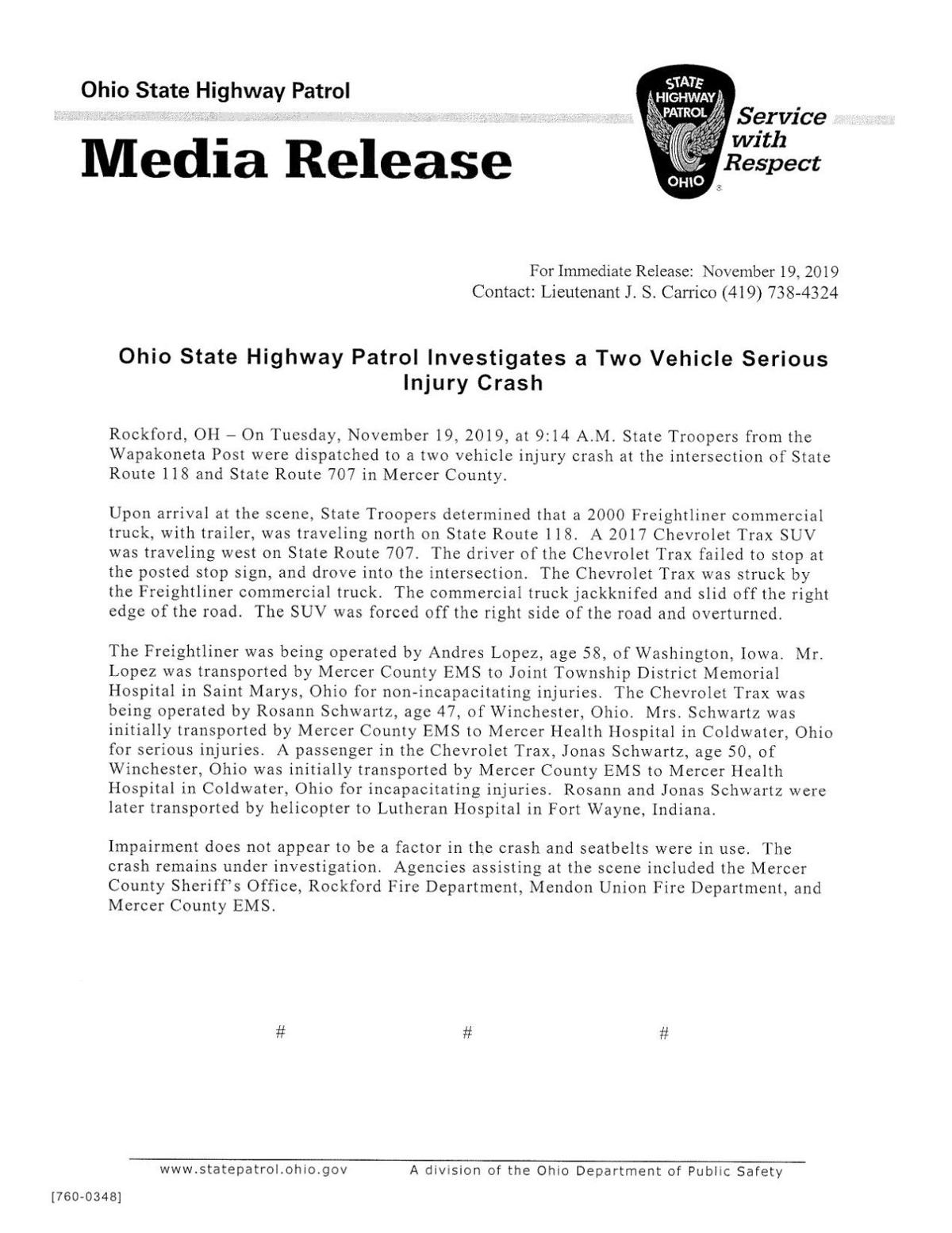