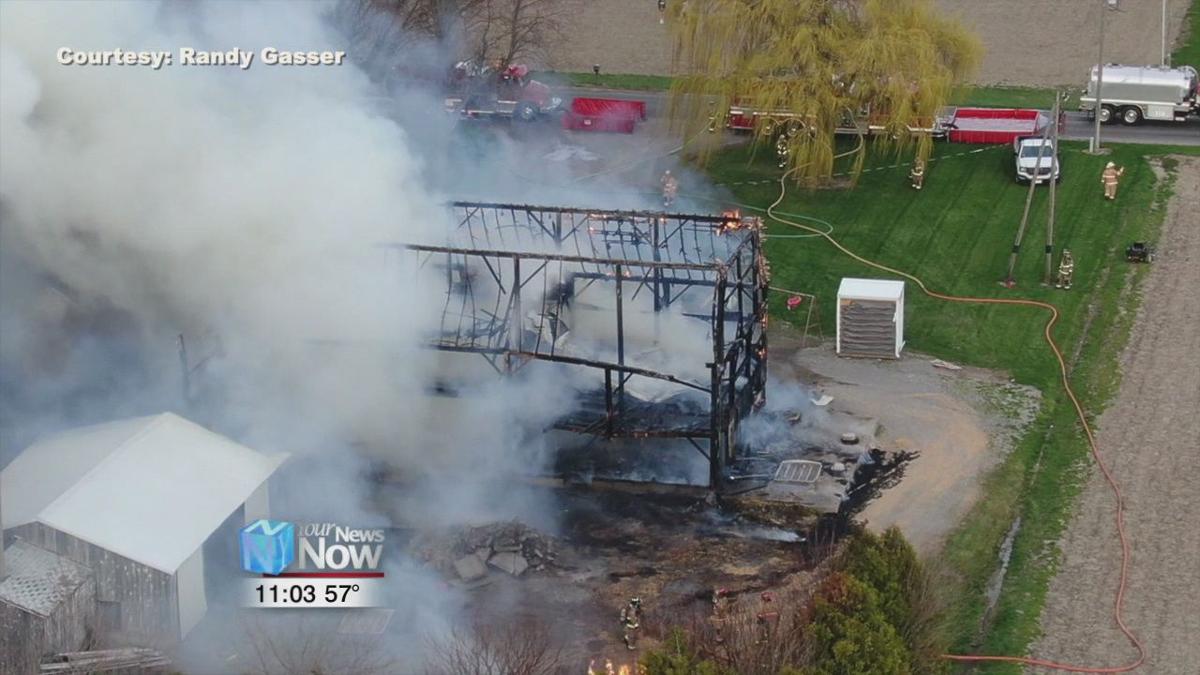 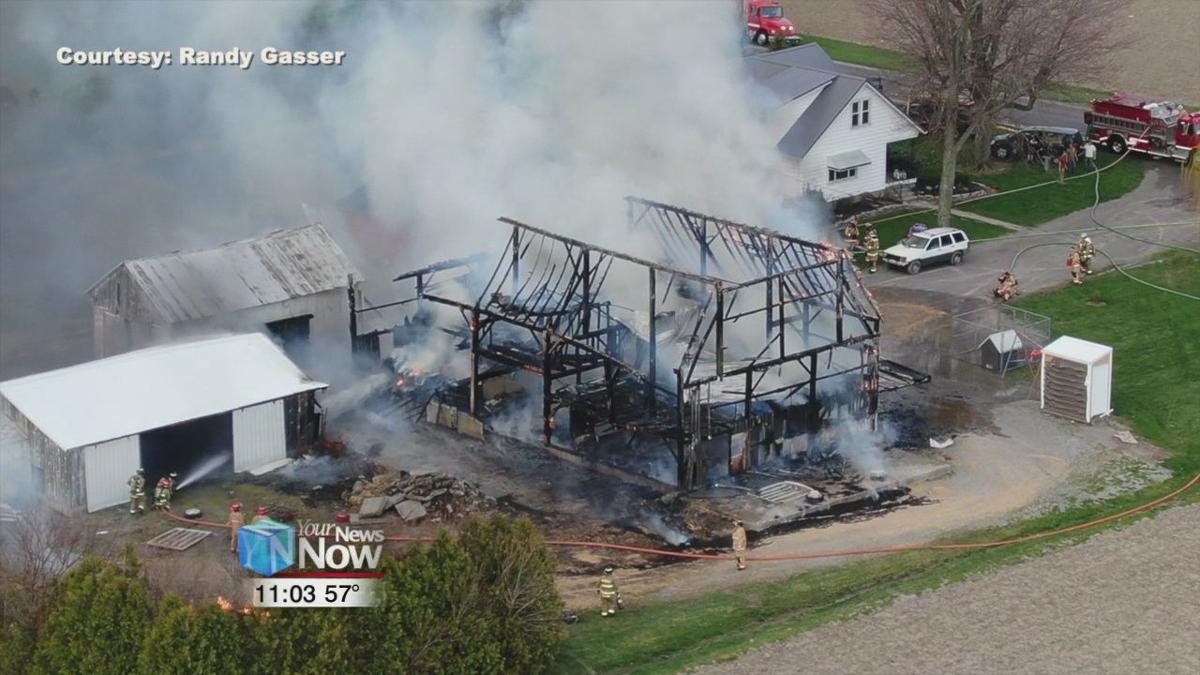 This is drone video sent to us by a viewer, of the fire at a residence off Road 23 Q, near Fort Jennings. Fire crews from Fort Jennings, Delphos, and Ottoville called out around 6:40 p.m. Initial reports said one building was on fire and close to igniting another. There were also concerns about a propane tank near one of the buildings. There's no word on what started the fire, or the extent of the damage.