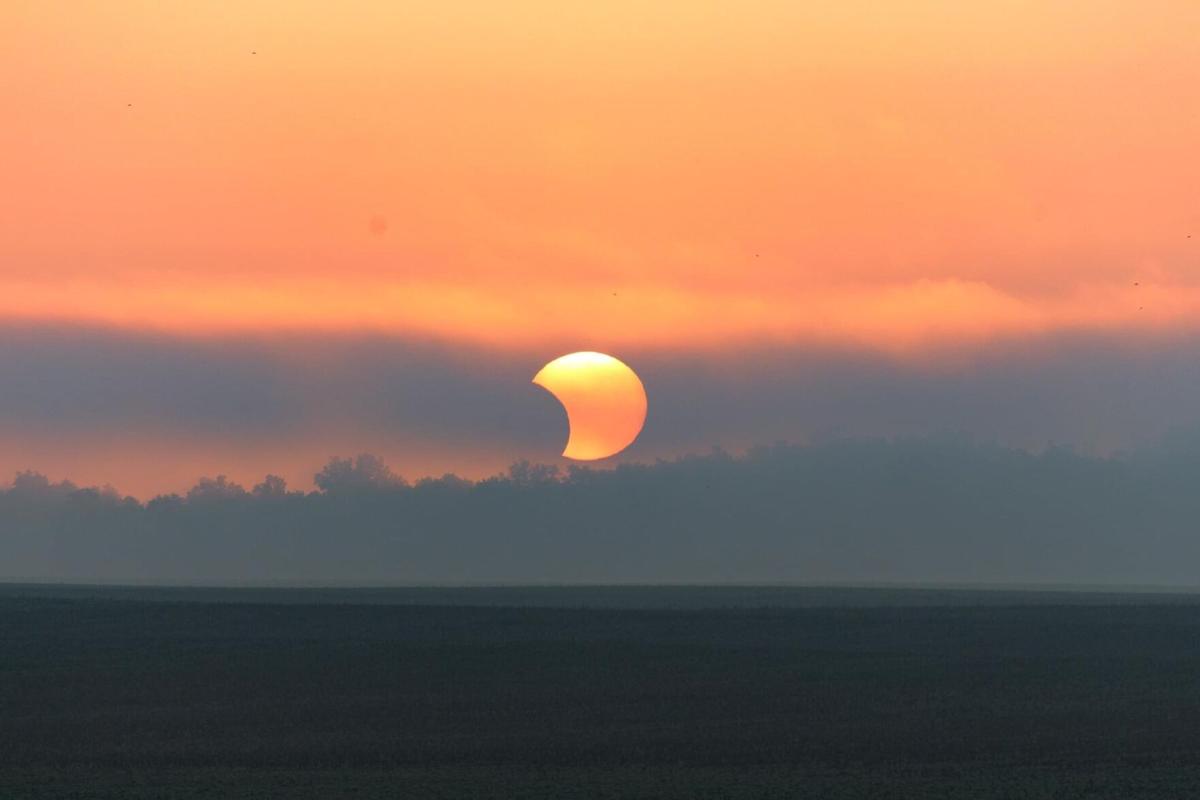 Carter Thompson and his parents captured this spectacular view in Rockford. The light fog bank over the sun made it easier for the eyes to view. 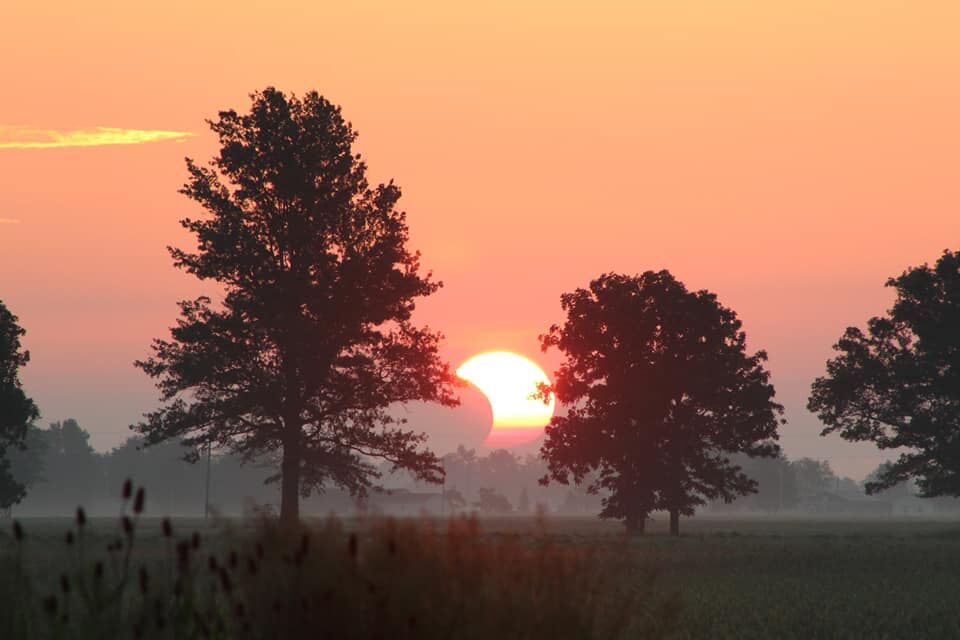 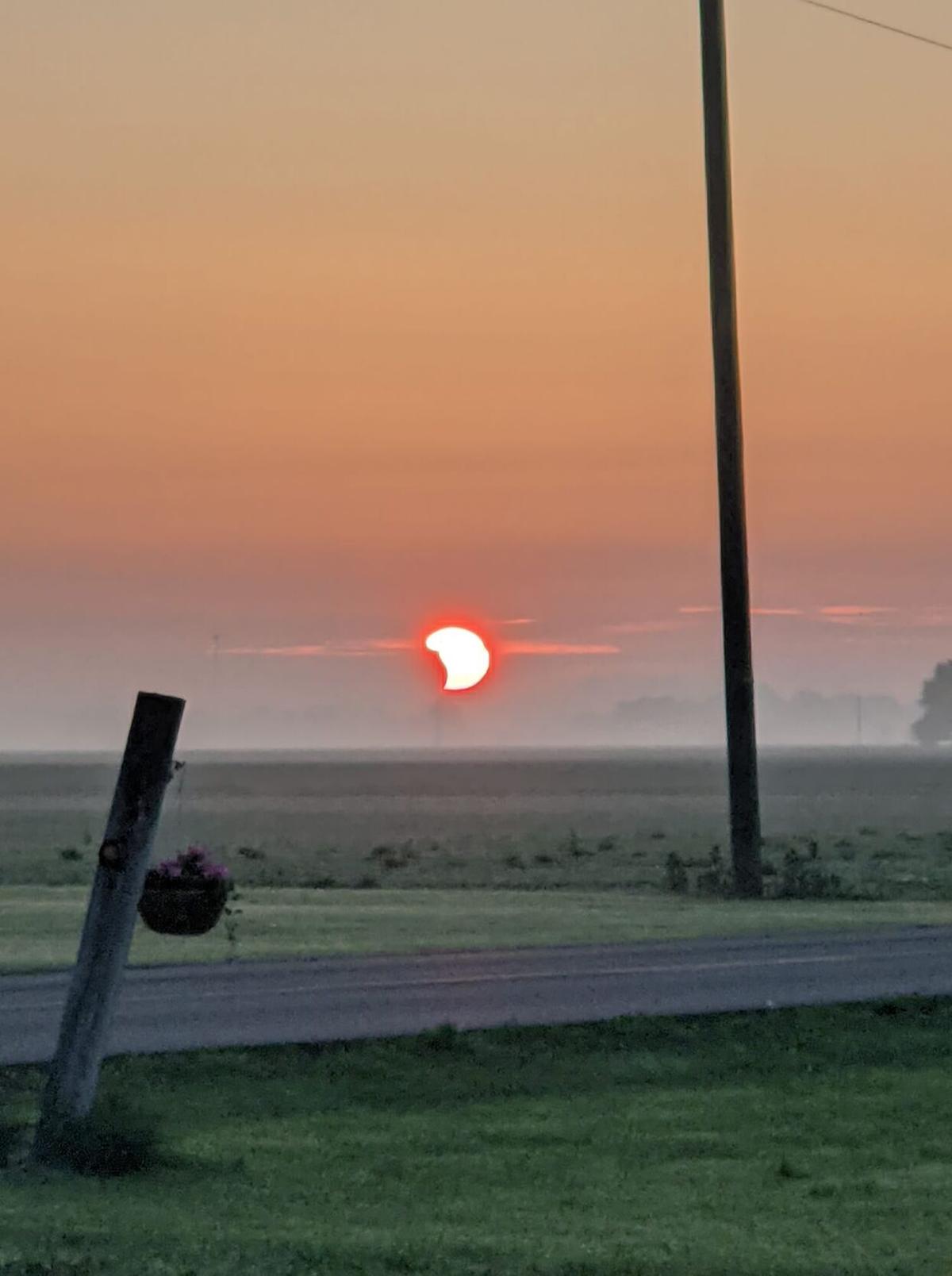 Christa Lammers sends in this gorgeous shot from Leipsic this morning. 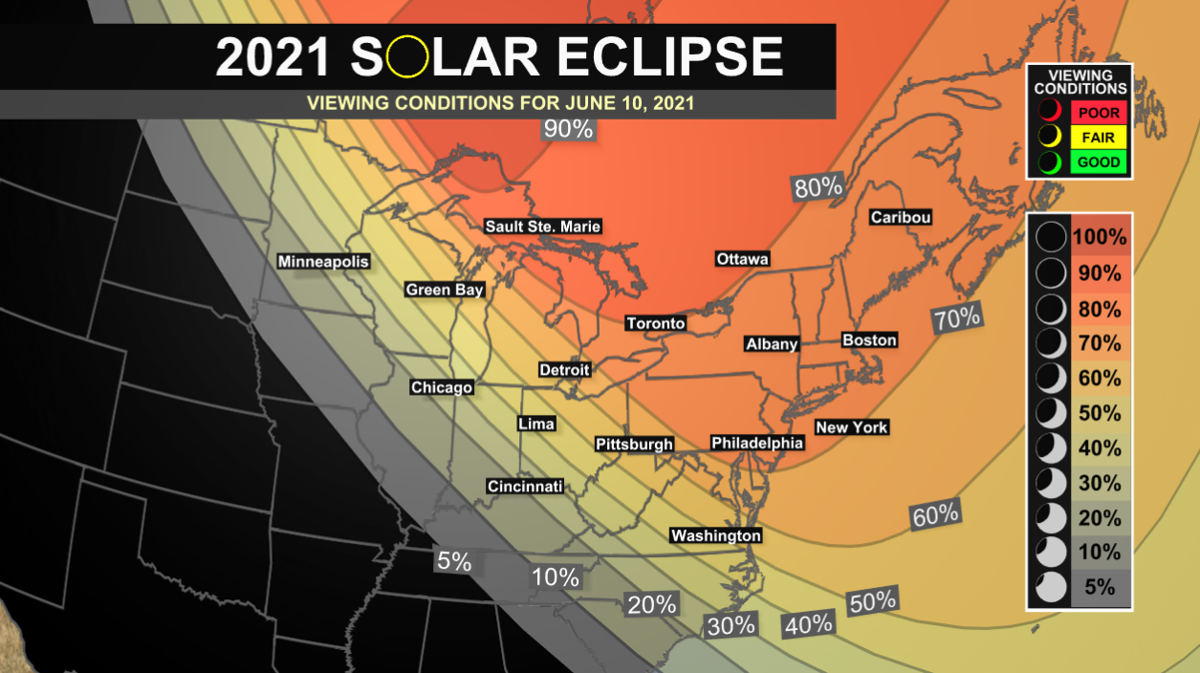 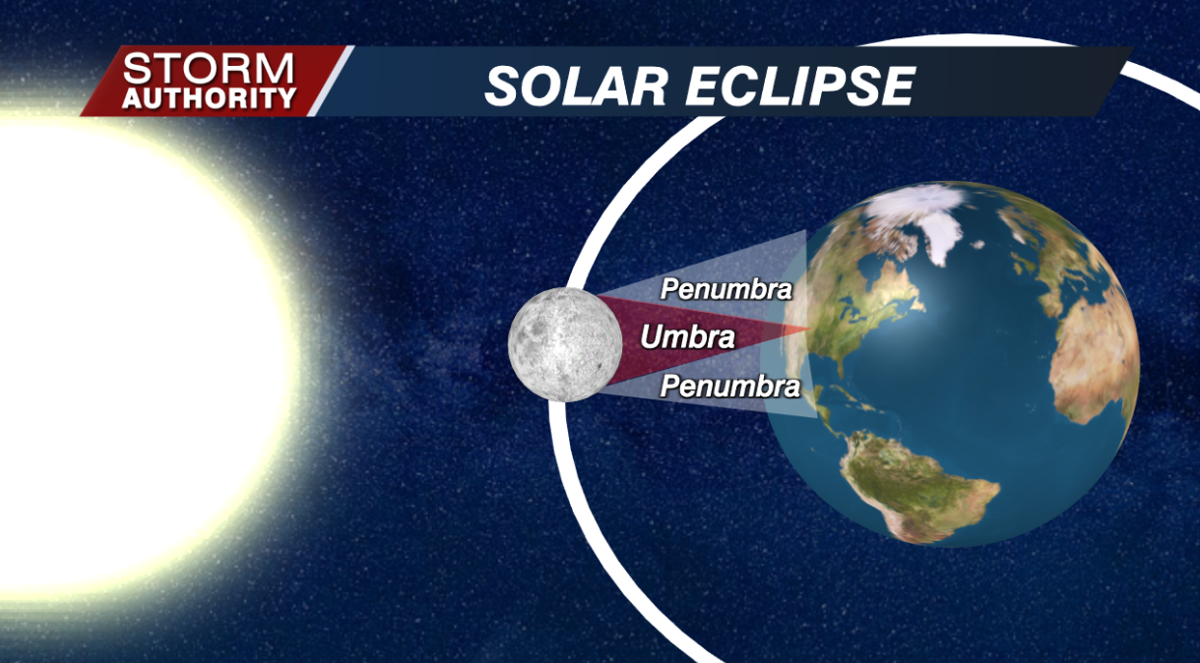 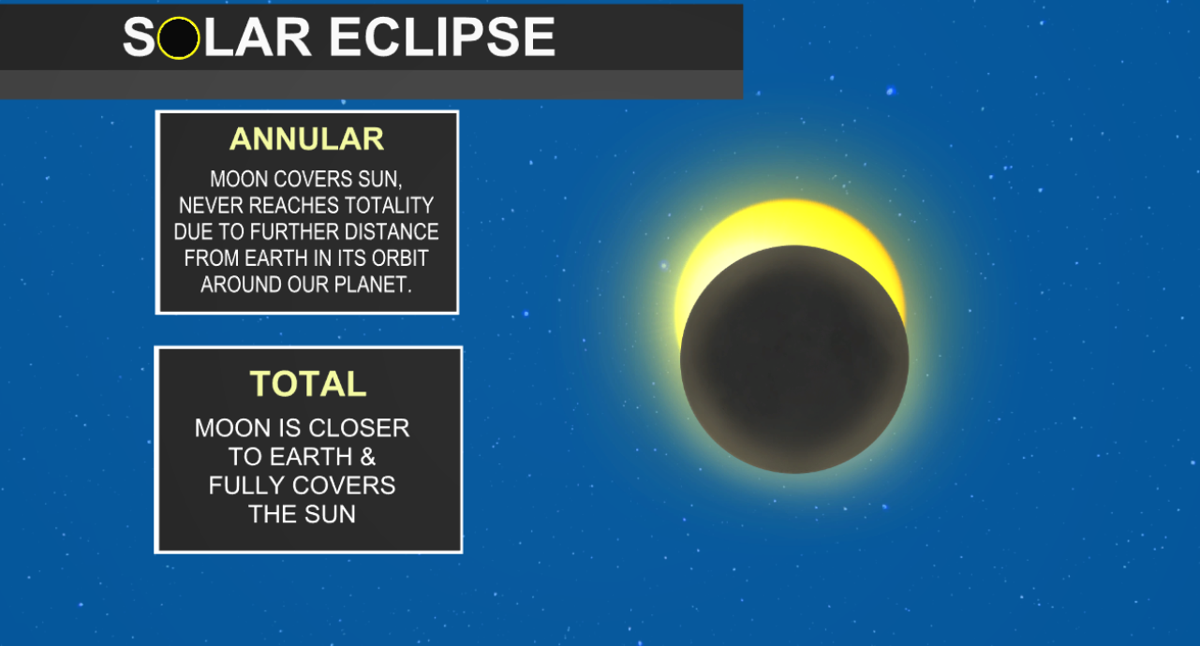 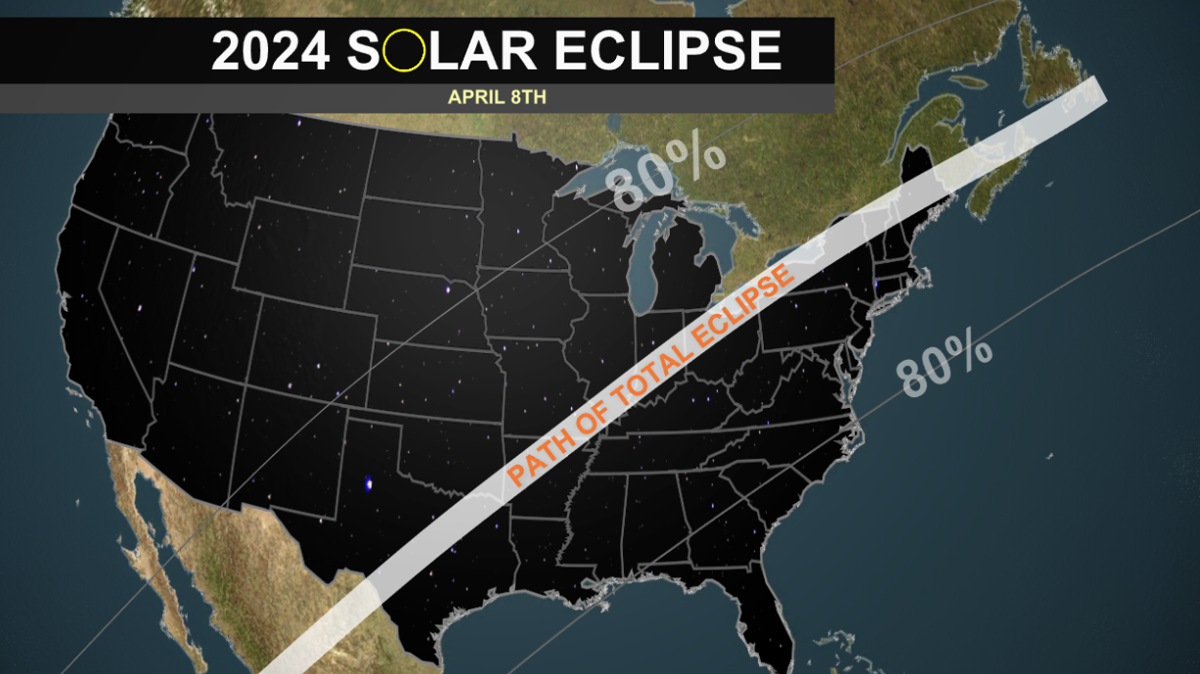 If you saw the sunrise this morning, you likely noticed that the sun appeared to be more of a crescent shape. This is due to an annular eclipse that occurred this morning. We received several fantastic photos from social media, and below is just a small sampling.

The eclipse was more spectacular over the Northeast U.S., Canada, Greenland, and across northern Russia. For Lima, roughly 40% of the sun was obscured at the peak a few minutes after sunrise.

A solar eclipse occurs when the moon passes between the sun and Earth. This blocks out the sun's light and casts a shadow over Earth.

There are two types of solar eclipses, annular and total.

An annular eclipse, like the one today, is when the moon happens to be at a further point from Earth in it's elliptical orbit around our planet. The moon still covers the sun, but the shadow is not big enough to fully block the sun.

A total eclipse is when the moon is at a closer point to Earth in its orbit. This allows a large enough shadow to be cast which will fully block the sun.

You might ponder - the sun is 400 times larger than the moon, yet the shadow of the moon can fully block the sun? How does that happen? The key is that although the sun is substantially bigger, it is also much farther away from Earth as compared to the moon. Since the moon is much closer to us, it can indeed cast a full shadow over the sun from an observer on Earth when the orbital planes intersect favorably.

Our next solar eclipse will be a much, much bigger deal than the one today. It will be a total eclipse on April 8, 2024, and Lima, Ohio will literally have a front row seat. According to timeanddate.com, the moon's shadow will 100% obscure sunlight for roughly 4 minutes from 3:09-3:13PM in Lima. During totality, we will only be able to see the outer atmosphere of the sun, and it can be safely viewed with the naked eye during the totality period. It will even become dark enough for the street lights to activate, very hard to imagine that in the middle of the afternoon!! Needless to say, a fascinating event to look forward to!