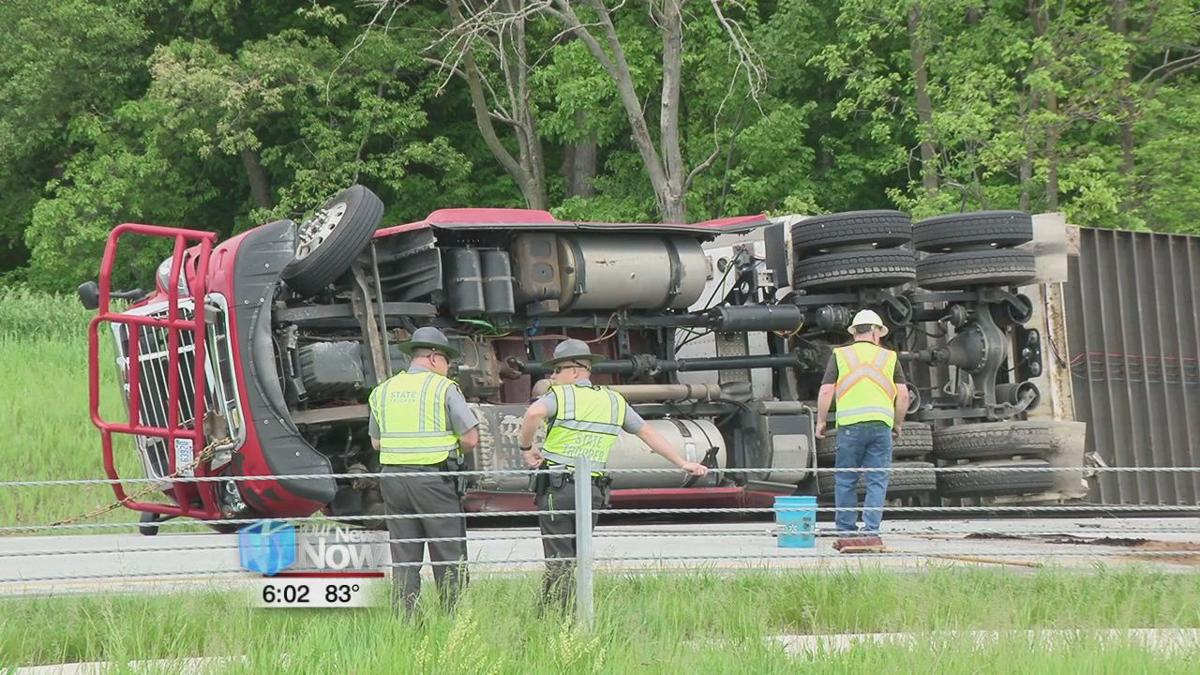 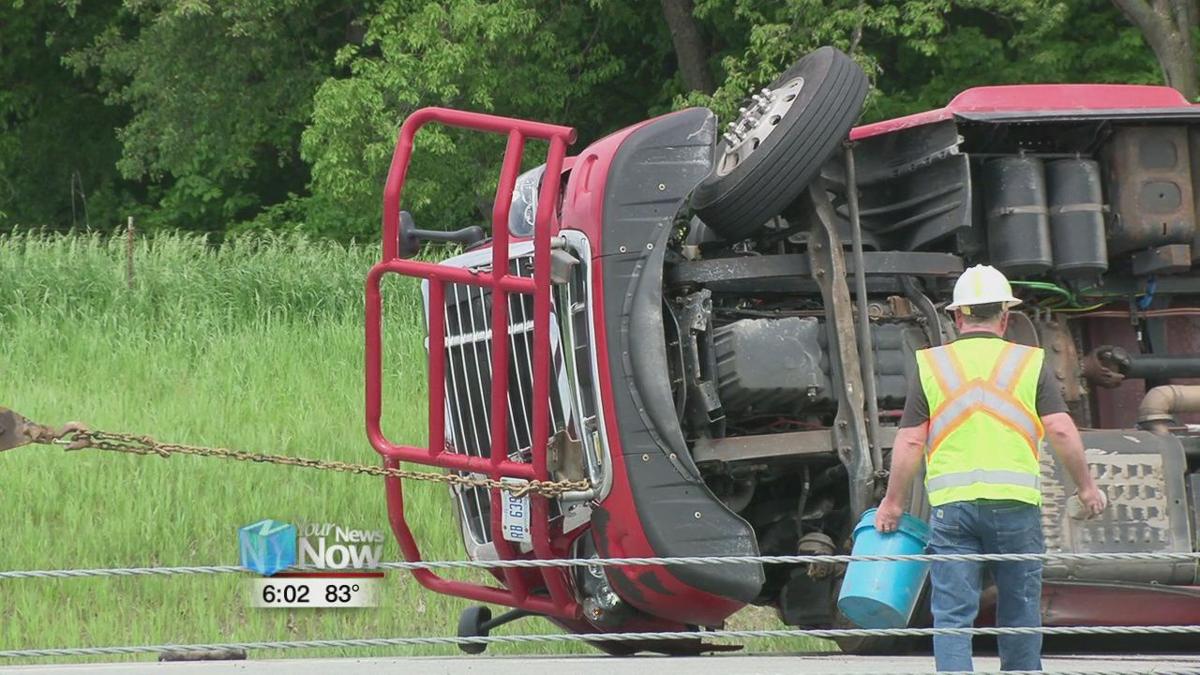 The Ohio State Highway Patrol was on the scene of an overturned semi-truck on I-75.

The crash happened around 10 Tuesday morning, on mile marker 99 of I-75, just outside of Anna. The semi was hauling car parts when it ended up on its side, causing part of 75 to close for several hours. Anna Fire Department was also on the scene. We'll update this story with more information once it becomes available.