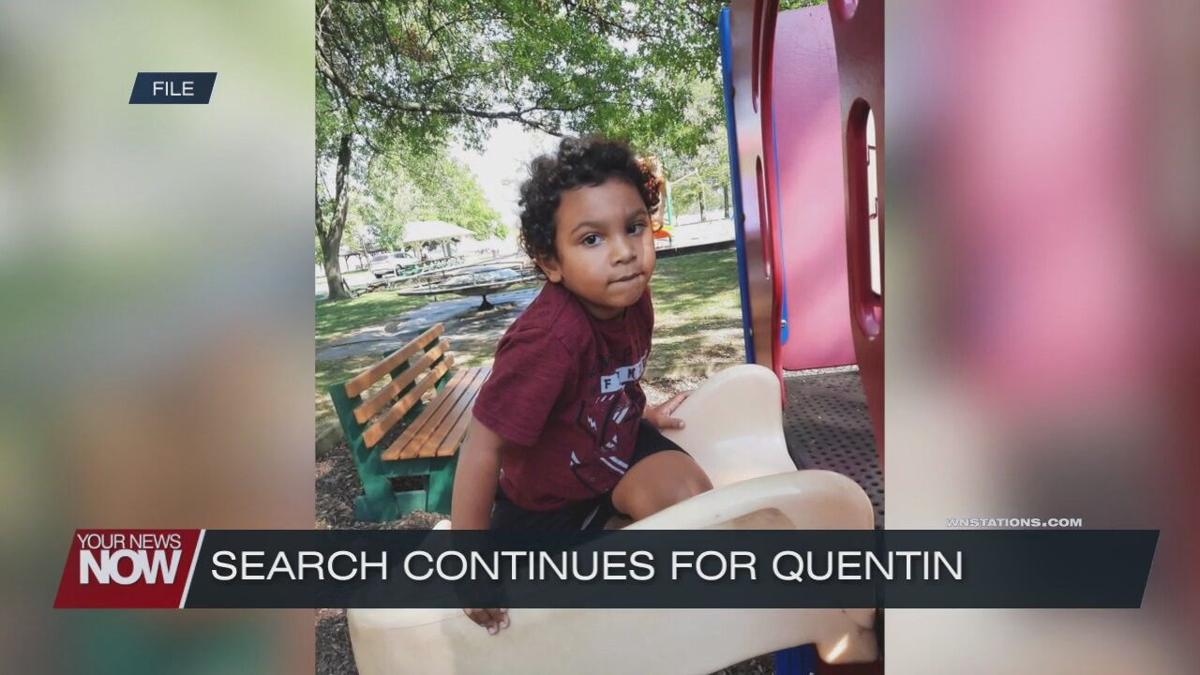 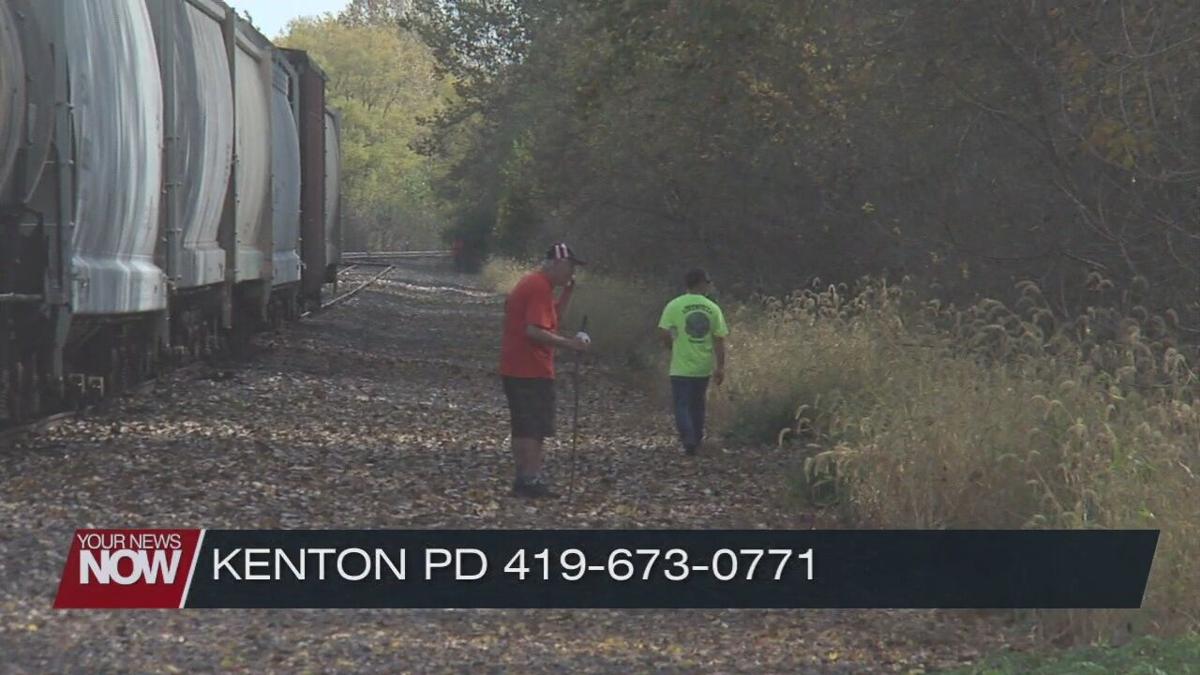 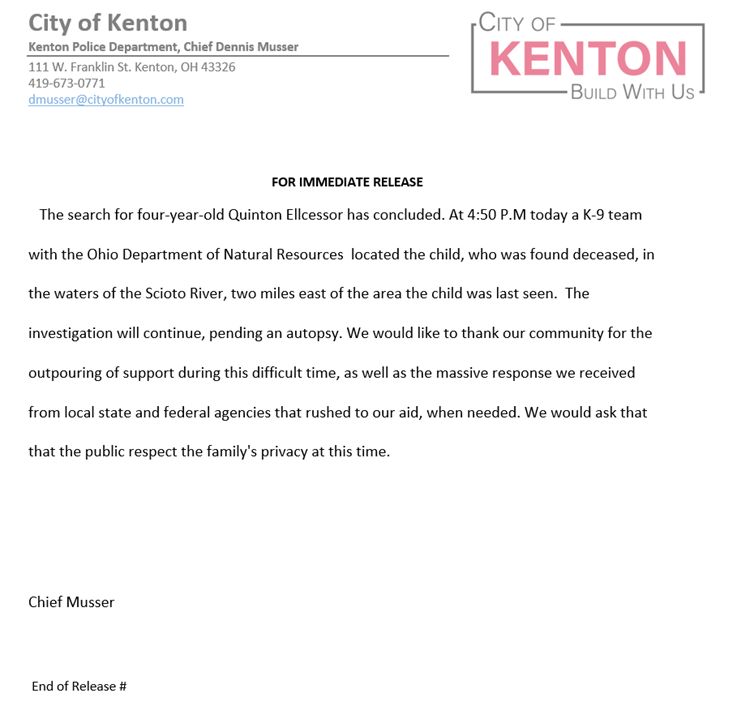 Your News Now at 11:  Sad news as the City of Kenton says that just before 5 p.m. Monday, the body of 4-year-old Quentin Elcessor was found in the Scioto River.

They say a K-9 team with the Department of Natural Resources found the child, who had died, in the waters of the Scioto River, two miles east of the area the child was last seen. The investigation continues, pending an autopsy.

Kenton thanked the community through its press release for the outpouring of support in this difficult time, as well as the massive response from local, state, and federal agencies that rushed to their aid.

Press Release from the City of Kenton: The search for four-year-old Quentin Ellcessor has concluded. At 4:50 P.M. today a K-9 team with the Ohio Department of Natural Resources located the child, who was found deceased, in the waters of the Scioto River, two miles east of the area the child was last seen. The investigation will continue, pending an autopsy. We would like the thank our community for the outpouring of support during this difficult time, as well as the massive response we received from local state and federal agencies that rushed to our aid, when needed. We would ask that the public respect the family's privacy at this time.

Your News Now at 6: The search continued for a fifth day in hopes to find four-year-old Quentin Ellcessor.

Search crews continued to search east along the Scioto River Monday. Up to this point 300 residences, including apartment complexes and homes, have been canvassed, along with nearly 100 people have been interviewed. Plus, video footage from multiple sources has been viewed. Also, registered sex offenders county-wide were located and personally interviewed.

City officials took time Monday to thank all of the businesses for their donations of food and other items for search crews. If you have any information about Quentin's whereabouts you are asked to call the Kenton Police Department at 419-673-0771.