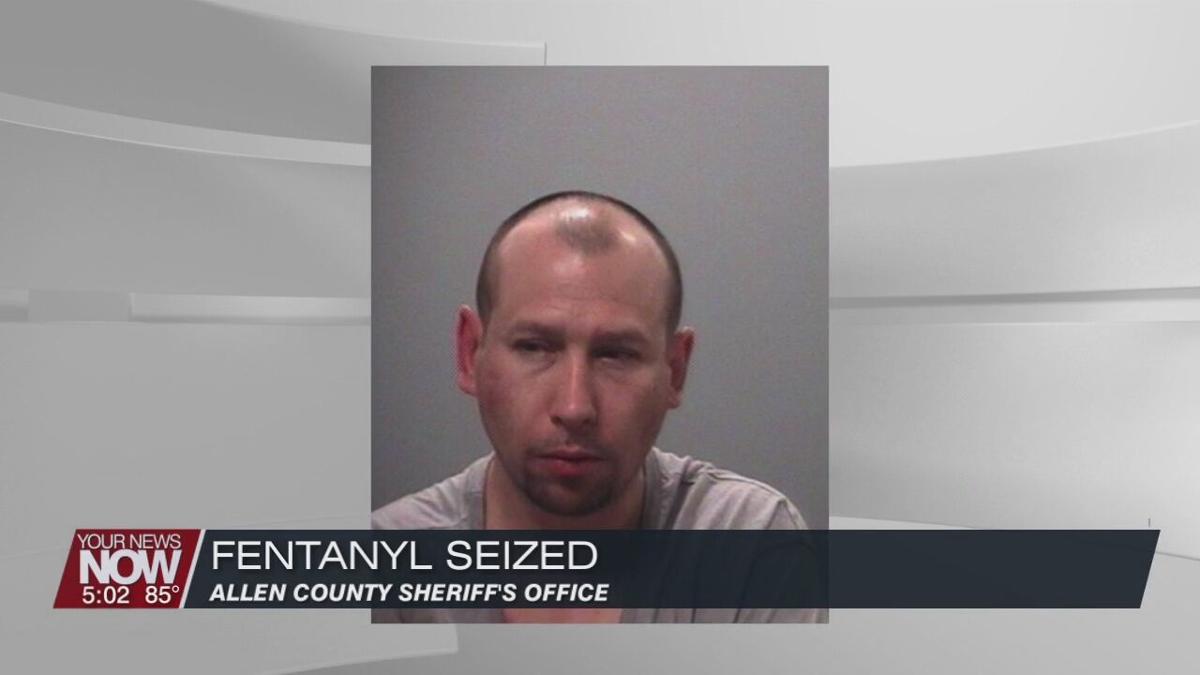 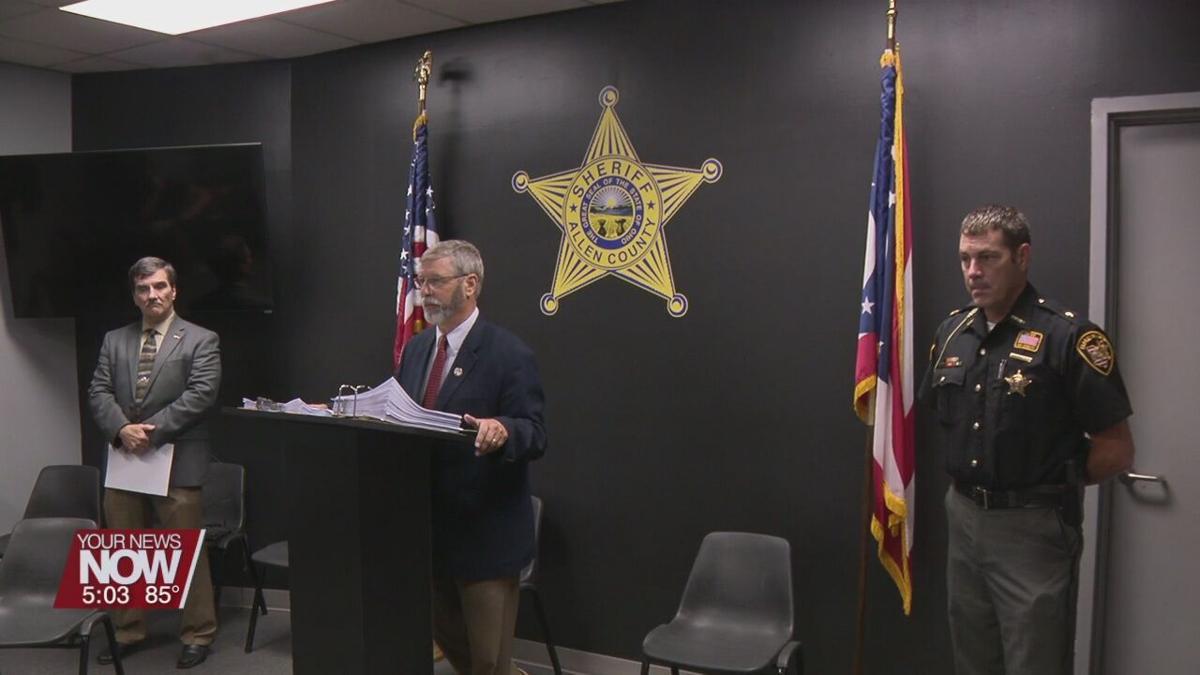 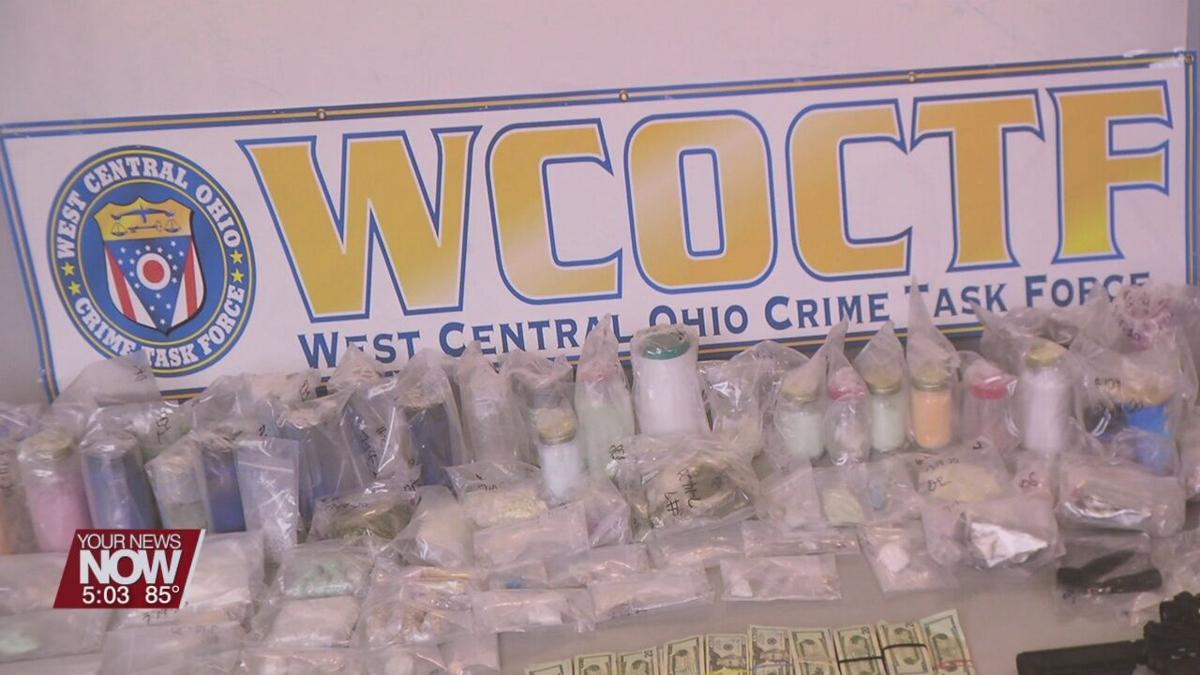 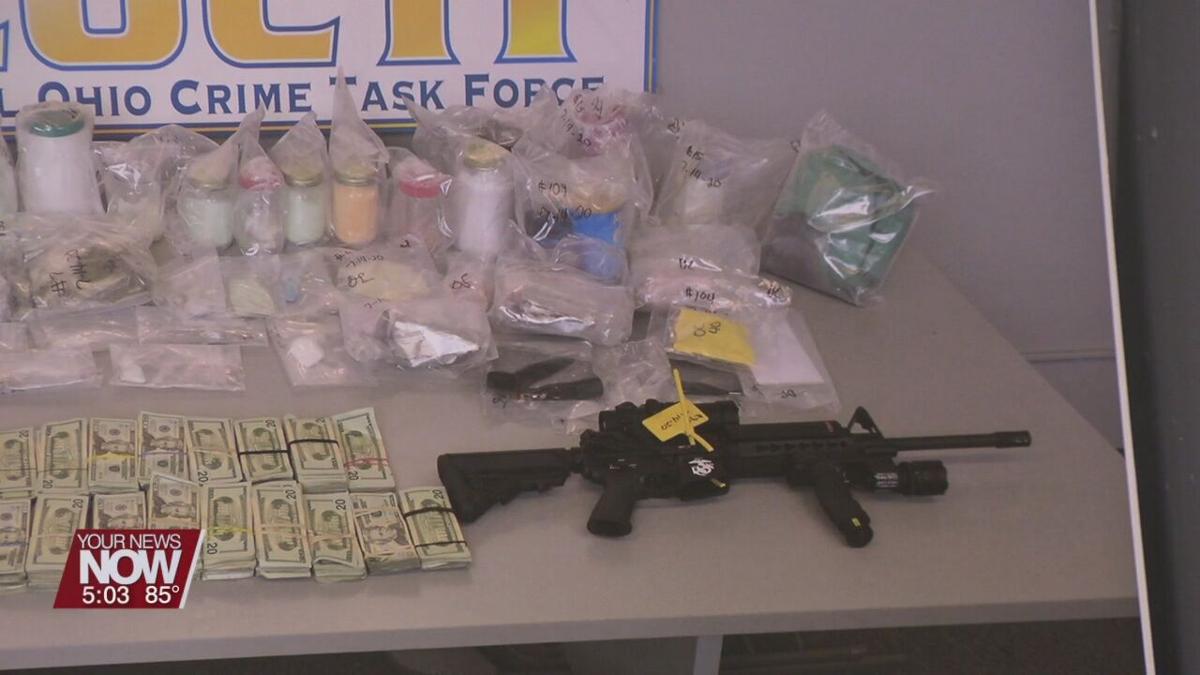 Back on July 13th through the 14th, authorities arrested a man named Andrew Taylor, who had been on the run for years and had used multiple aliases as he crossed the United States.

Taylor was discovered at his residence on Hazel Avenue through surveillance done by investigators with the West Central Ohio Crime Task Force and the FBI. A search warrant was put out and Taylor was taken into custody.

During the arrest, officers found a pill processing facility in the home on Hazel Avenue, prompting another search warrant for the property as well as another residence rented by Taylor on Michael Avenue.

Across the two homes, $128,000, 11.5 kilograms of fentanyl, multiple firearms, and other illegal substances were discovered. This is the most fentanyl that has been seized in a search to date for Allen County.

"The outreach of this is huge, 11.5 kg is huge," said Allen County Sheriff Matt Treglia. "I cannot imagine the time it takes to get that, and the pills that he had to press this out. A very minute amount of fentanyl can kill you or overdose you, and these are not minute amounts. I can’t imagine the impact this would have in this community, or any other community that it would get to."

Much like in this case, authorities say having so many agencies working together is key as they move forward.

"One thing we’re seeing right now in light of some of the budget cuts that are occurring, is that in our agency, cooperation is going to become more important than ever," said Lima Police Chief Kevin Martin. "The reach of this type of operation goes well beyond Lima; our jurisdiction end at the city limit, the Sheriff's Office's jurisdiction ends at the county line. By all of us working together, we can truly make this a safer community."

Taylor is currently in federal custody and is awaiting court proceedings. The case remains under investigation.

Press Release from the Allen County Sheriff's Office: In the late evening hours of Monday July 13th, 2020, and into the afternoon hours of Tuesday July 14th, 2020, a male subject known to authorities as Andrew Taylor (DOB: 03/23/1981) was taken into custody. Mr. Taylor had been on the run for multiple years, utilizing numerous aliases, many altered identifications, and moving throughout the United States. Taylor also had multiple warrants in various states with his various aliases.

With the assistance from the Federal Bureau of Investigations and other federal, state, and local agencies, information was gathered and surveillance was conducted by task force investigators, eventually locating Mr. Taylor at 1405 Hazel Ave. Lima, Allen County, Ohio. A search warrant for Mr. Taylor’s person was obtained and with the assistance of Allen County Sherriff’s Office and the Allen County Sheriff’s Office S.W.A.T. Team, Lima Police Department, and agents from the FBI, the West Central Ohio Crime Task Force investigators served the aforementioned warrant, and Mr. Taylor was taken into custody without incident.

The search warrant of 705 Michael Ave. resulted in numerous items of evidentiary value being located and seized. Those items were multiple firearms, two narcotic manufacturing presses, various narcotics, and electronic devices. Following the search of this residence, investigators began the search of the property at 1405 Hazel Ave.

Mr. Taylor has been transferred into federal custody and is awaiting court proceedings as the investigation is ongoing. The West Central Ohio Crime Task Force would like to thank all agencies involved for their help during this investigation. The streets of Allen County and surrounding areas, are much safer as a result of this seizure and the amount of fentanyl and related items being removed from our community.