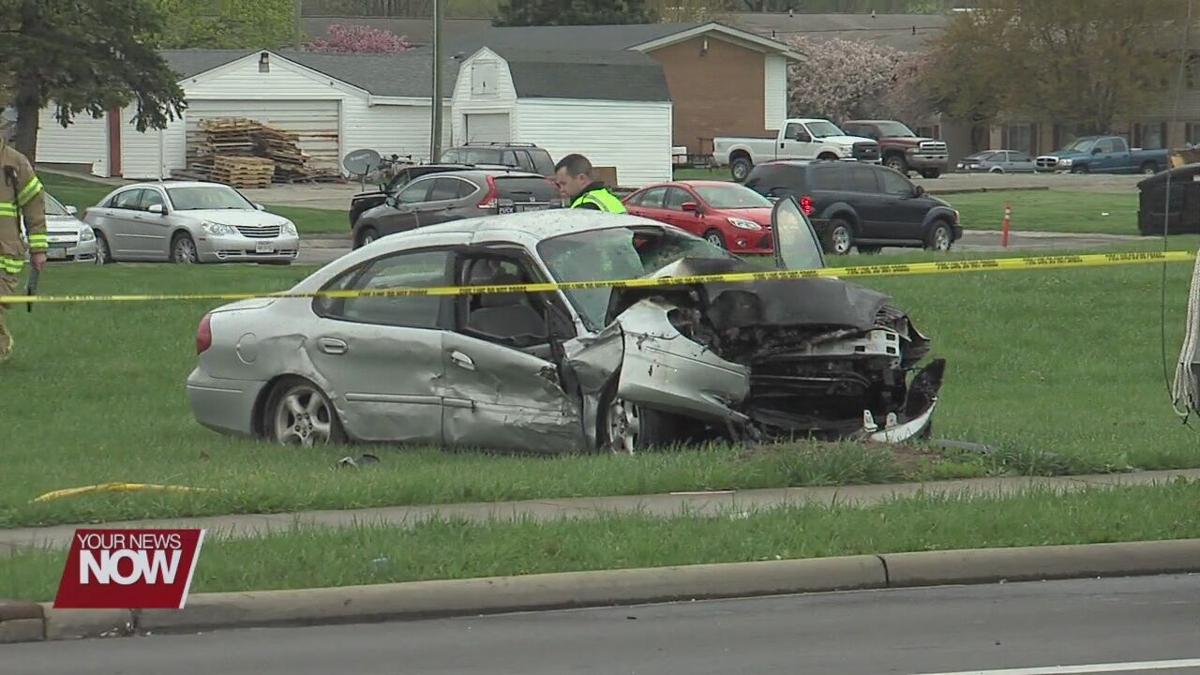 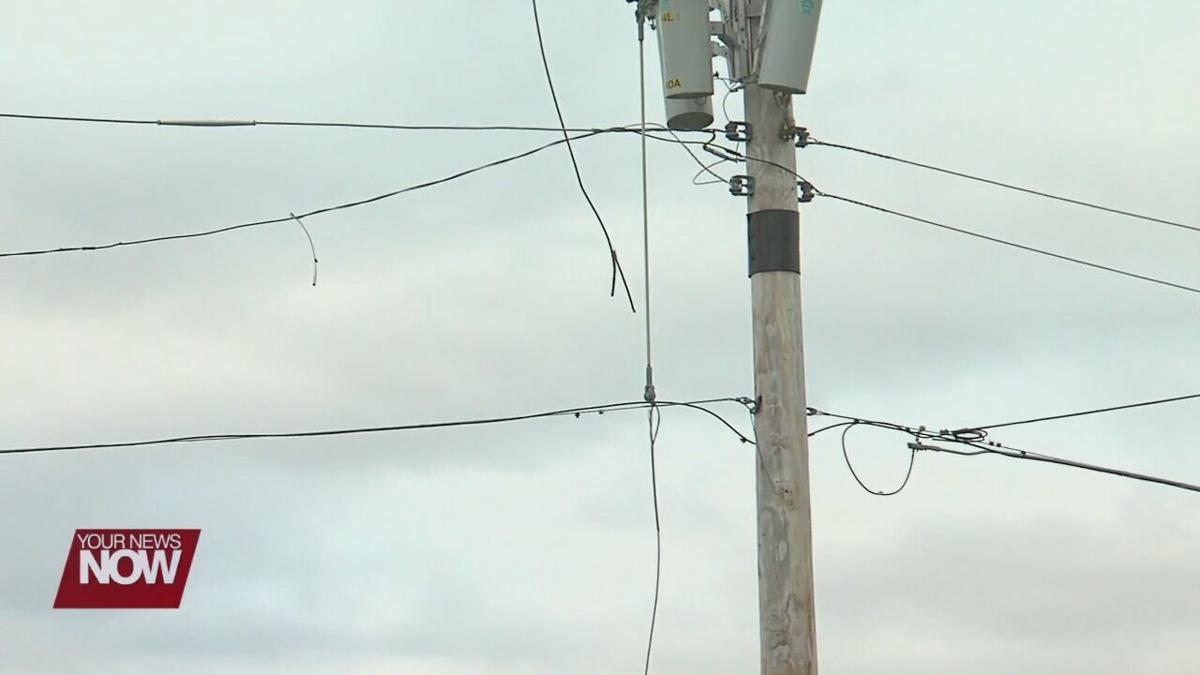 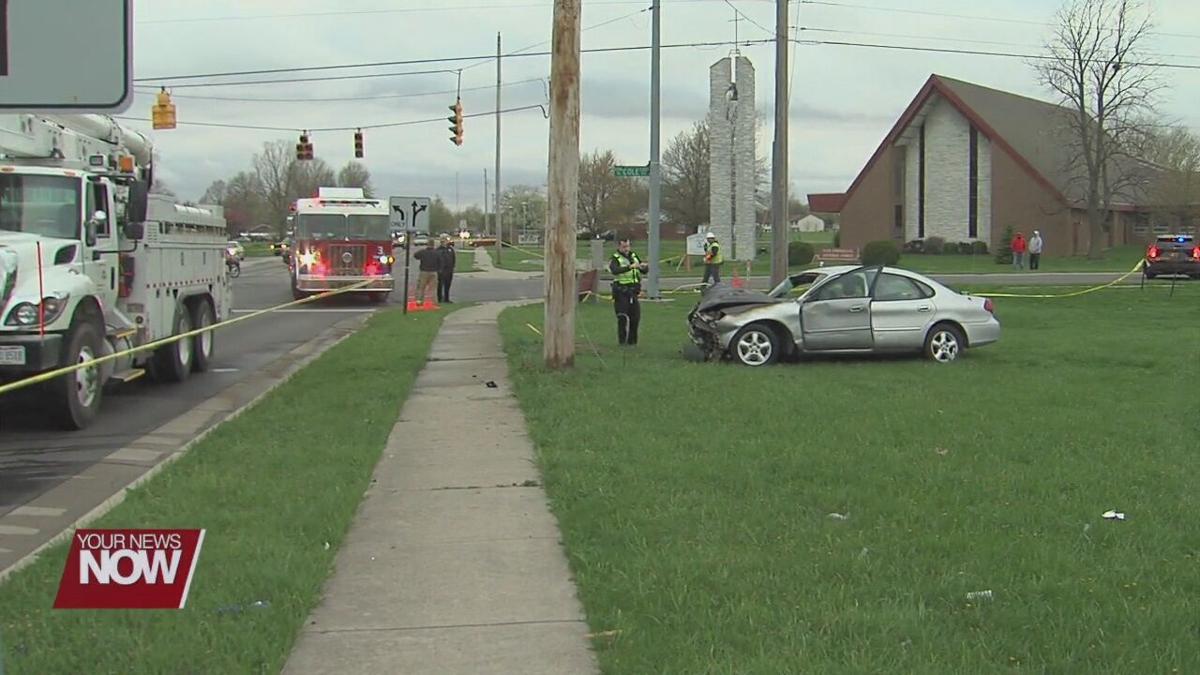 An intersection is shut down after a two-vehicle crash causes a power outage.

A woman who was driving a silver Ford Taurus, rear-ended another car driving east on Edgewood. The other car ended up in the intersection of Cole and Edgewood, while the Taurus ended up on the grass nearby on fire.