One man is in custody after a drug raid in Findlay earlier today.

The search turned up more than five kilograms of marijuana, more than $22,000 in cash, and four handguns, as well as several other items indicating drug trafficking. David Fenderson was taken into custody on a third-degree felony charge of possession of marijuana. Authorities are still investigating. 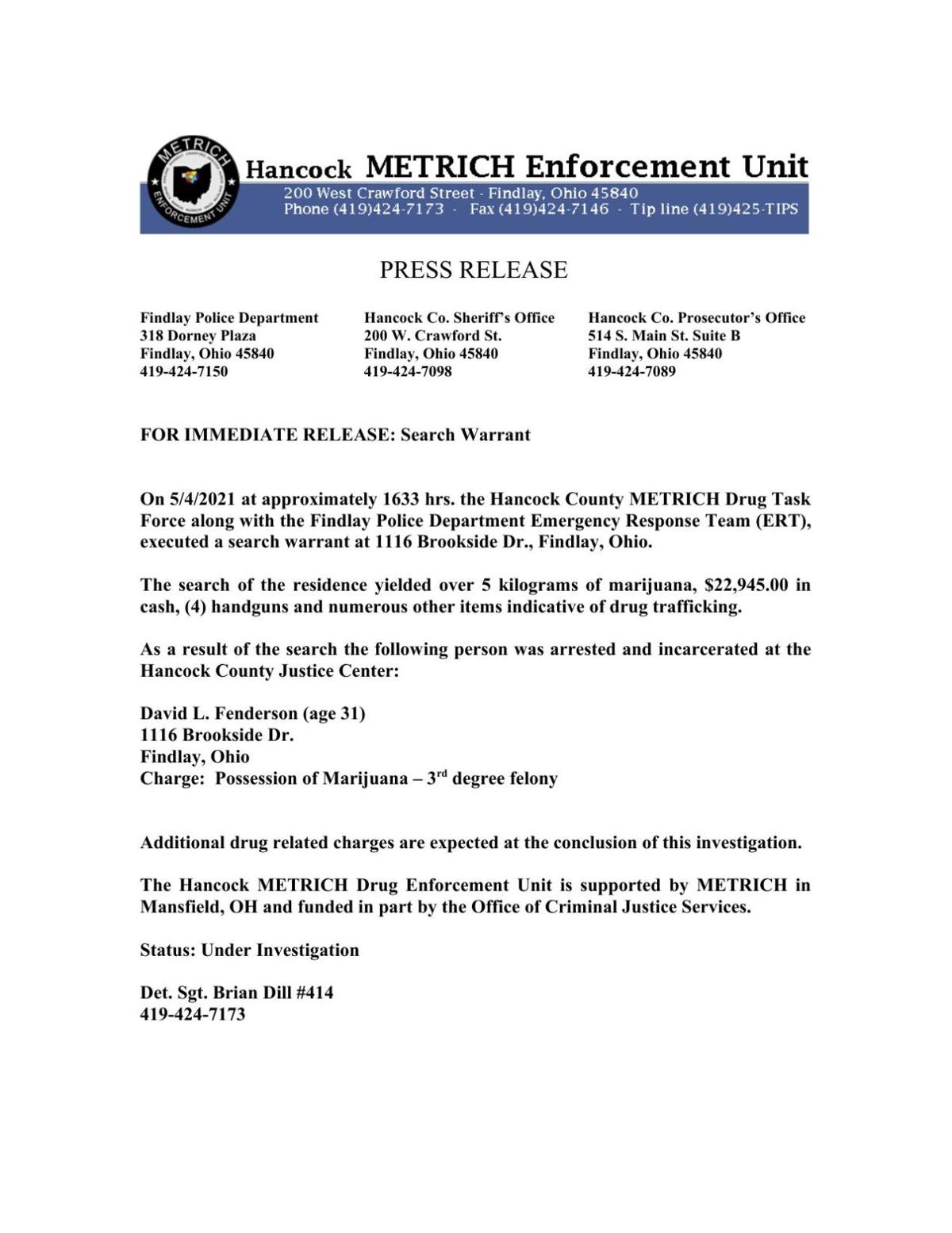