A Harrod woman lost her life in an accident earlier today in Auglaize Township.

State Troopers at the Lima Post say just before 5 p.m. this afternoon, Monica Helms was driving on Alger Road in a jeep when a dump truck on Lawrence Road ran through a stop sign, striking her vehicle. The 39-year-old woman was ejected and pronounced dead on the scene. State troopers say she was not wearing her seat belt at the time of the crash. The other driver Kent Winegardner was not hurt in the crash.

Multiple agencies helped at the scene and the crash is still being investigated. Troopers did not share details on any citations. 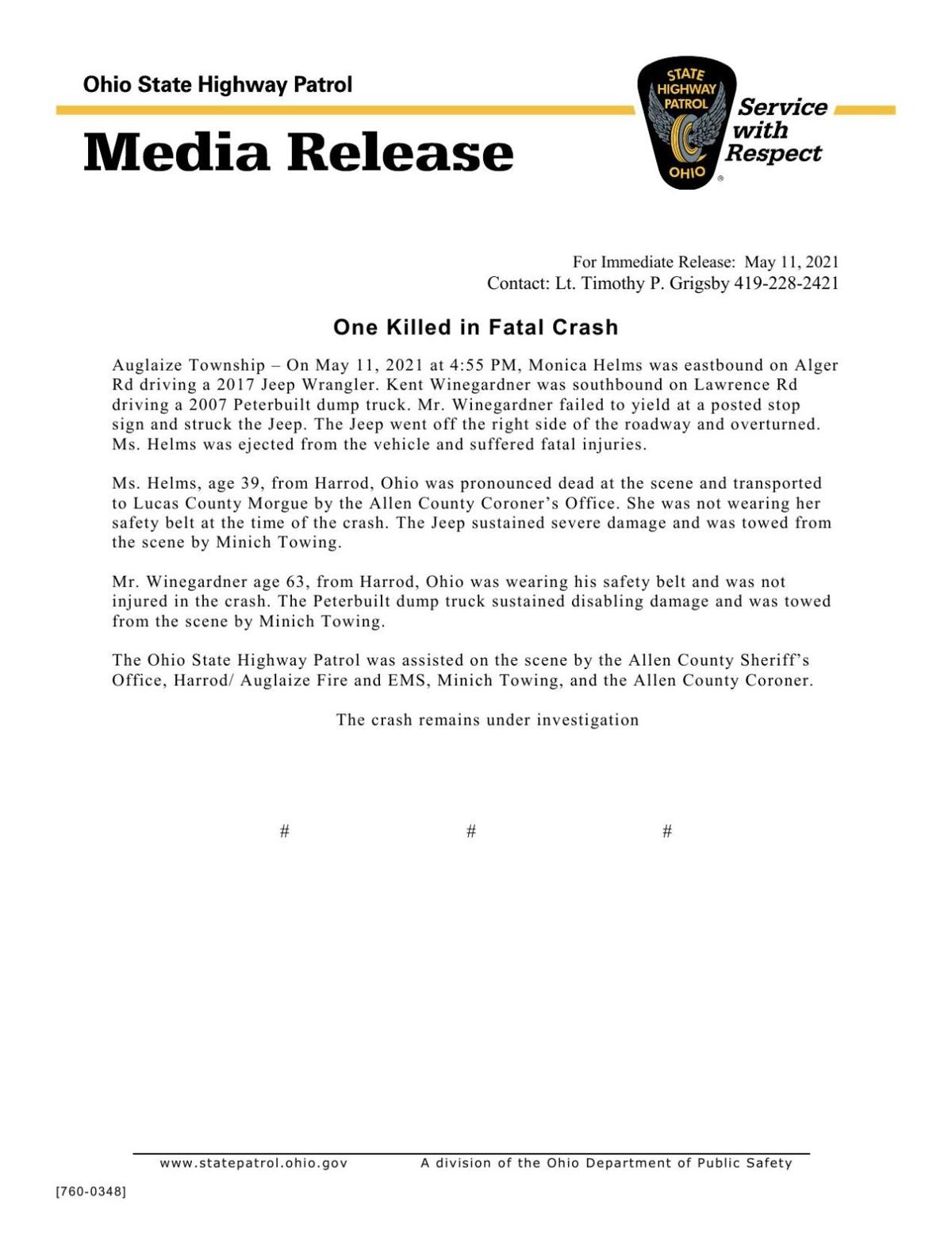