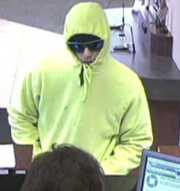 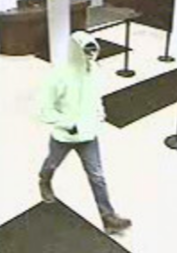 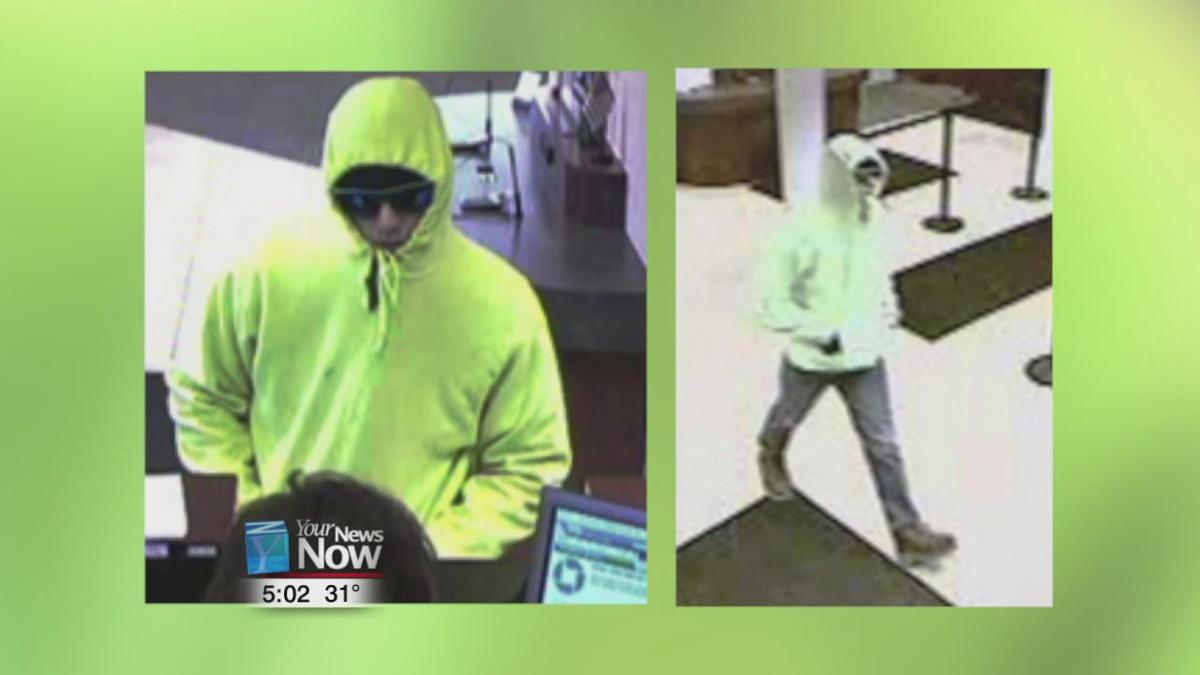 The sheriff's office released some pictures of the Harding Highway Chase Bank robber. They say is a white male and is approximately six feet tall and has a medium build. The hood of his neon yellow hoodie was drawn up tightly around the suspect's face to make it harder to identify him.

The suspect didn't display a firearm but did have one hand in the sweatshirt pocket during the robbery. He was given an undetermined amount of money and took off north of the bank on foot. The FBI is assisting in the investigation.

Press Release from the Allen County Sheriff's Office: On 1-28-2020 at about 10:39 AM, our office received a 911 call from a Chase Bank employee, stating that the business had been robbed. The suspect, who was described as a white male, approximately 6’ tall with a medium build, was wearing a neon yellow hoodie, blue jeans, and sunglasses. The hood was pulled up a drawn tightly around suspects face. Upon entering, the suspect immediately approached a teller and demanded money. The suspect did not display a firearm but did have one hand concealed in his sweatshirt pocket during the robbery. The suspect immediately fled the area on foot after he was given an undetermined amount of money. Sheriff’s Office Patrol Units, K-9’s and Drones were utilized in the search for the suspect but were unsuccessful. The FBI is also assisting in the ongoing investigation. Additional information will be released as the investigation allows. Photos taken from Chase Bank Security systems are attached. Anybody with any information related to this crime is asked to contact Lieutenant Dan Howard at 419-227-3535 or Crime Stoppers 419-229-STOP (7867).